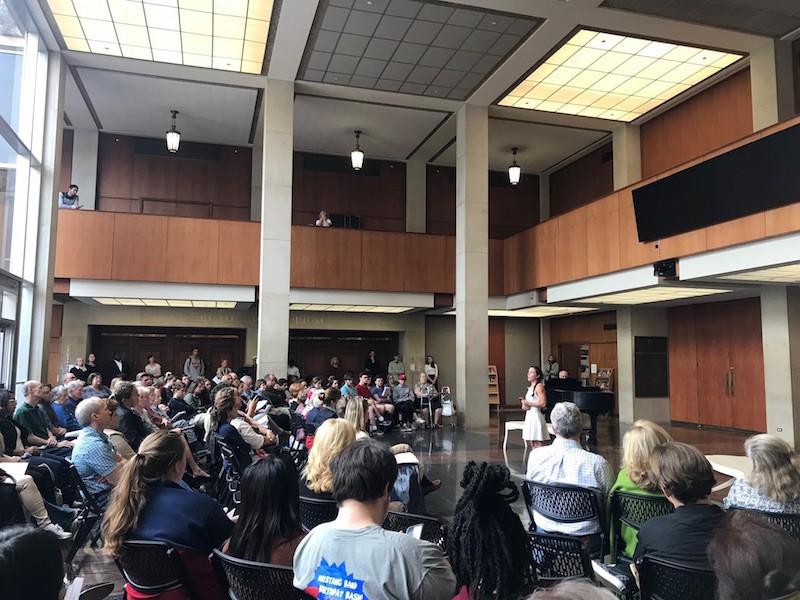 For some, the beginning of November marks the start of the holiday season, but not for Meadows opera students. These talented singers performed a Halloween themed show for a packed Bob Hope Lobby last Friday afternoon. They presented a spooky assortment of music with arrangements ranging from 1607 to 1991.

Griffin Camacho is a junior opera student who performed in this weekend’s show.

“It is definitely one of the more ‘spooky’ Opera Free For Alls that we have done, and I love it! There are gripping solos, beautiful duets, exciting ensembles and all together, a fantastic show,” Camacho said.

One of the most memorable parts of the show was in the opening song, a Tchaikovsky piece entitled, “The Queen of Spades.” It featured a surprise that caused a few audience members to jump in their seats. As the opening soloist was passionately singing his verse, an unseen chorus suddenly joined him from the balcony, creating a ghostly presence.

Junior opera student Jackie Malish performed in the chorus and was particularly enthusiastic about this element.

“I’m so excited for the audience to experience the off-stage chorus in ‘Queen of Spades,’” Malish said. “It’s in Russian and sounds so ominous coming from offstage.”

The proximity of the audience to the performers, since there was no stage to divide them in the lobby, also added intensity to the creepy characters.

The singers were able to walk right up to the audience and involve them more directly in the show. From this vantage point, viewers could get a sense of how much fun the singers were having performing with each other.

“The Meadows Opera Ensemble is such a fantastic group of people who love to sing and perform and are great to work with,” Camacho said. “Every rehearsal is always filled with energy and superb talent from everyone involved.”