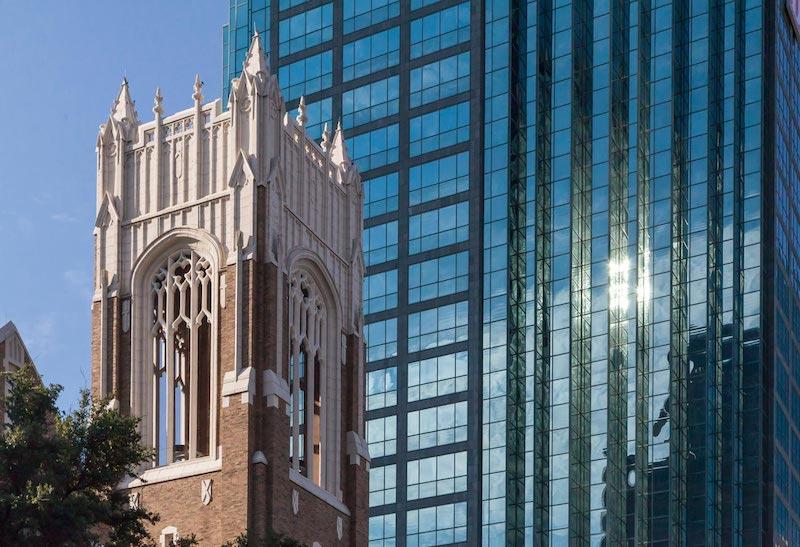 The SMU Board of Trustees’ changes to the articles of incorporation in November prompted the United Methodist Church’s South Central Jurisdictional Conference (SCJC) to file a petition against the school on December 4.

The SCJC has been a governing body within SMU since the university’s founding in 1911, and gifted the campus’ initial 133 acres. The Board updated its governance documents in November so that the articles of incorporation no longer stated that the university was “to be forever owned, maintained, and controlled by the South Central Jurisdictional Conference of The United Methodist Church.”

SMU’s amendments would limit the church’s power over the university in a time when the church threatens to split apart over a contentious 438 to 384 decision in February to pass the “Traditional Plan”. The Traditional Plan bans same-sex marriage and the ordaining of LGBTQ clergy within the United Methodist Church.

“[T]he values of SMU remain the same, including inclusivity and respect for others,” SMU president R. Gerald Turner wrote in a February statement after the vote. “This commitment has not and will not change for LGBTQ individuals as well as for others.”

There are 13 theology schools in United States that are officially affiliated with the United Methodist Church, including SMU’s Perkins School of Theology. SMU is one of several Methodist universities that has taken steps to distance its governing body from the church after February’s decision.

The SCJC’s case against SMU is based on the argument that the trustees “had and have no authority to amend the Articles of Incorporation without the prior approval and authorization of SCJC.” The changes “effectively terminate the long-standing and permanent relationship between SMU and SCJC,” according to the original December 4 petition.

SMU filed an answer to the original SCJC petition on January 3 that denied the Board of Trustees acted outside of its duties and responsibilities. President Turner wrote in a December statement that SMU is “confident that our Board’s actions are in compliance with Texas law.”

The future of the United Methodist Church is less certain. The church’s worldwide conference in May could result in its separation according to a proposal put forth by 16 bishops and church leaders on December 17.

Editor’s Note: An earlier version of this article was entitled “Methodist Church sues SMU” and stated that the United Methodist Church voted to continue with the Traditional Plan. The title has been updated to more accurately reflect the parties involved, and edits have been made to clarify that the Traditional Plan was newly adopted at the February 2019 session of The General Conference.