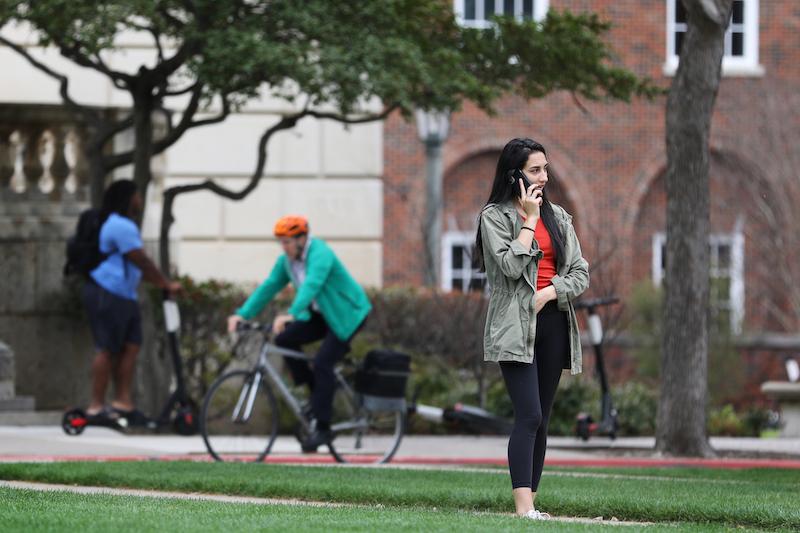 Shelter in place orders vary by state, making return policies difficult for universities who house students from all over the globe.

For some students, this means they cannot return to campus until the next school year.

California residents, like sophomore Katie Bender, were informed by SMU’s Residence Life and Student Housing that they would not be allowed back on campus to move out.

Bender received an email stating that she would have to pay to have a third party company to remove her belongings and ship them to her permanent address.

“I just got really frustrated when I got the email saying that because I’m a California resident that I can’t move out,” Bender said. “It just sucks for people who live in the restricted areas.”

California students make up a large percentage of SMU’s population, but they aren’t the only students struggling to get back into Texas.

Texas Gov. Greg Abbott mandated a 14 day quarantine for people coming into the state from states like California, Washington, New York, New Jersey, Connecticut, and Louisiana. This mandate also applies to those returning from densely-populated cities like Atlanta, Chicago, Detroit, and Miami.

Dorm rooms across campus are filled with books, clothes and personal belongings that students left behind, as they thought they would only be gone for three weeks when they left for spring break.

However, SMU announced on March 20 that classes would move online for the remainder of the semester. Five days later, students received the first of many emails regarding the move out process from Residence Life and Student Housing.

Additionally, the process is frustrating for students moving themselves out as well.

Many are upset with the timing and overall handling of the situation. One of these students is freshman Lexi Pena, who has to drive eight hours back to Dallas from McAllen, Texas for her four hour move out slot.

“I’m very grateful that I can come back to move my stuff out, but I am annoyed at how long everything has taken,” Pena said. “I wish we could have just moved out at spring break and I didn’t have to drive all the way back to get my stuff. It’s really inconvenient having class and having to find a good day to come back because my drive is so long.”

Pena also feels for the people in more heavily infected areas, like her roommate from Louisiana, who are missing out on their final goodbye for the year.

The university is taking precautionary measures to keep students safe. These include preventing students from moving out at the same time as their roommates or suitemates.

With more and more cases coming to light daily, many students remain afraid. Pena said that she fears that they could come across the virus passing someone in a hallway or in an elevator.

Because of this fear, some students think it is safer to wait to return to campus. Freshman Megan Ferm is waiting until May to retrieve her belongings.

“I don’t like not having all my things, but I feel like it is safer to wait a little while,” Ferm said. “In May, hopefully case numbers will start to go down.”

The move out process runs through May 15. Please click here for more information.