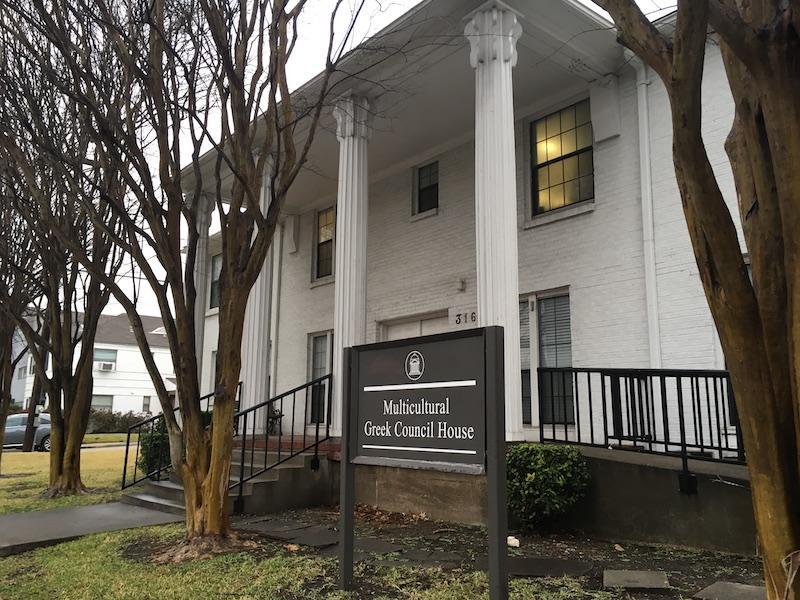 MGC consists of two sororities (Sigma Lambda Gamma and Kappa Delta Chi) and two fraternities (Omega Delta Phi and Sigma Lambda Beta.) MGC House would be leveled along with Daniel One and Daniel Two, which are upper division apartment-style housing. SMU’s plan is to replace these buildings with new upper division housing.

“I don’t think that the administration was intentionally trying to give us a short period of time to figure ourselves out. I don’t think they were intentionally trying to sabotage us or anything along those lines,” Ramgopal said. “I think that there’s a general feeling throughout student leadership–not just MGC in this case but throughout student leadership–that we aren’t being looped in on these important decisions.”

Ten people currently live in the MGC house. An estimated eight people will move into Dyer. However, this number is in flux, with graduating students, students moving off campus, and new members to be inducted in April.

Ramgopal said administration was accommodating to MGC, and once the new dean of RLSH had been instated, the solution had been established quickly. The real challenge was the two-month state of limbo as MGC scrambled to find a solution.

“I would say when we found out we were frustrated because the way the news was given to us, it seemed like ‘oh we’re tearing down your house and not offering any real solutions.” -Pooja Tewari

“I would say when we found out we were frustrated because the way the news was given to us, it seemed like ‘oh we’re tearing down your house and not offering any real solutions,'” Pooja Tewari, a member of Sigma Lambda Gamma, said. “However, since then, we’ve met with the administration and they’ve offered us a temporary solution for housing next year.”

“Mahesh and I are working on a permanent solution for the future, and we are attempting to convert Dyer House to a Multicultural Student House, meaning that any student in a Multicultural student organization (Greek or not) could live in this house,” Tewari said.

“We are attempting to convert Dyer House to a Multicultural Student House, meaning that any student in a Multicultural student organization (Greek or not) could live in this house.” -Pooja Tewari

“The grand plan is to convert Dyer into a Multicultural Student House open to all multicultural and marginalized identity student organizations on campus,” Ramgopal said.

“The grand plan is to convert Dyer into a Multicultural Student House open to all multicultural and marginalized identity student organizations on campus.” -Mahesh Ramgopal

MGC gave Dr. Mmeje a summarized proposal at their meeting. Housing proposals, however, must be submitted in the fall and, if accepted, approved in the spring. MGC and other interested student organizations must wait until fall 2019 to submit their proposal.

The current points of the proposal are:

With the commons system, students are randomly assigned to a commons, with the intention that each commons will be a microcosm of the SMU community.

“What you come to notice though is, because every group is split evenly, your smallest groups–your people of color, people of the LGBT community and all of that–there’s only like one or two, maybe 10, per building,” Ramgopal, the president of Crum Commons, said.

He believes two trends emerge from this: either these students don’t hang out where they live at all and participate a lot in multicultural organizations and other organizations supporting diversity, or, more frequently, they seclude themselves in their rooms and don’t interact with their campus. This may contribute to poorer mental health.

“Hopefully, with a building like this, there would be two major purposes: one, providing a safe space for students who currently feel like that, and second a place out of which programming can be done to educate the campus on these variety of identities,” Ramgopal said.

Tewari said, “I’ll be a senior next year and if this proposal gets approved, I won’t be able to actually live in this housing, but I’d hope that other multicultural students on this campus feel that sense of home that I’ve felt while living at MGC.”

N’dea Fleming is the president of Kappa Delta Chi. Fleming said, “I hope the MGC house will exist on SMU’s campus again in full one day. We are the only campus to have a multicultural Greek house and that allows for a place of growth in an understanding environment. It is an important aspect of diversity on our campus and should continue to be a priority for SMU.”

The Daily Campus invites you to comment on the commons system, housing, and the idea of a multicultural student house. Please email smagalio@smu.edu, or find us on Facebook, Twitter, or Instagram. We’re tracking #smuhousing.