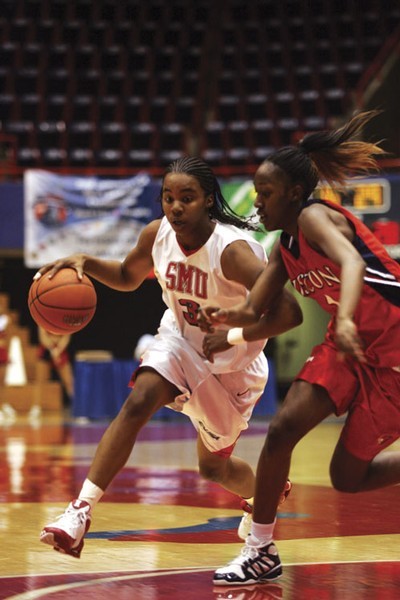 It was a good three-day stretch for the SMU women’s basketball team. The Mustangs were able to beat both Houston and Rice in Moody Coliseum over the weekend, giving them four wins in a row and an overall record of 10-9 on the season.

The Cougars of Houston came to Dallas Friday night with an undefeated Conference-USA record. The Mustangs, however, were not intimidated and were able to use both accurate shooting and stingy defense to pick up the win, 66-53.

In the first half of the Houston game, the Mustangs shot 50 percent from the field and carried a lead of 37-24 at the break.

Houston saw no sign of improvement in the second half, as SMU extended their lead to 19. Every chance they got, the Cougars tried to climb back out of the deficit, but SMU hit 15 of 19 free throws in the half.

The second game of the weekend was against Rice, and this game was unique for the Mustangs. They were playing in front of a national audience. ESPN 2 broadcast the game between conference rivals SMU and Rice, and it was the Mustangs who were able to perform better under the spotlight.

The Mustangs came out of the gate running fast and never seemed to let up on Rice. Despite constant full court pressure by the Owls’ defensive front, the Mustangs were still able to perform calmly and effectively. The first house lead got up to as many as 14 points with less than two minutes remaining in the half, due largely to senior guard Kendall Shead’s eight consecutive points. She finished the first half shooting four times, including two three-pointers, and making all four shots, giving her a total of 10 points. The Mustangs finished the first half on a 15-1 run, giving them the lead 34-21.

In the second half, the Mustangs saw their 17 point lead diminish to a little as four points with six minutes and two seconds left in the game, but back-to-back three pointers all but secured the win.

The Mustangs will travel next weekend to play two more conference games, competing against East Carolina on Friday and conference leader Marshall on Sunday afternoon. 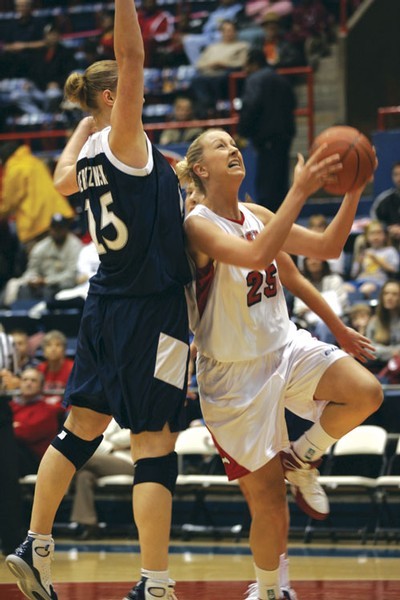