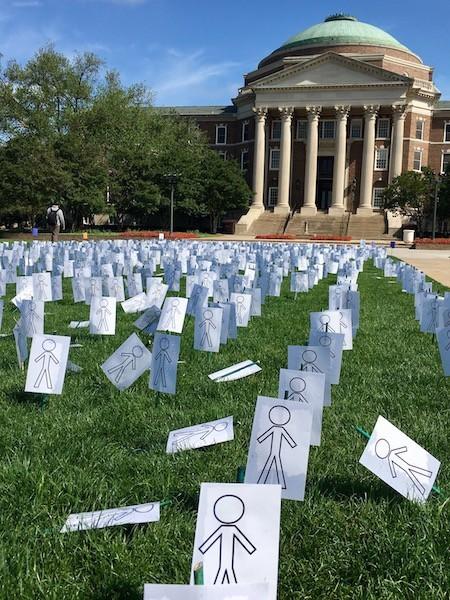 Mustangs for Unity placed stakes in the ground, mimicking the style of the “Memorial of Innocents.” Instead of crosses, each stake has a single stick figure to represent 1,000 people who have received Planned Parenthood services in the past year. The display acknowledges that there are 2,500 abortions every day, but observers are encouraged to understand these were choices made by real women with unique stories.

Lining the display are signs with messages in support of women who have chosen to get abortions, such as “Walk a mile in their shoes,” “Show your compassion” and “Try understanding.” Additionally, there are lists of resources for women in need of various services from organizations like Planned Parenthood and Genesis Women’s Shelter.

The counter-display will remain on Dallas Hall Lawn until April 20.