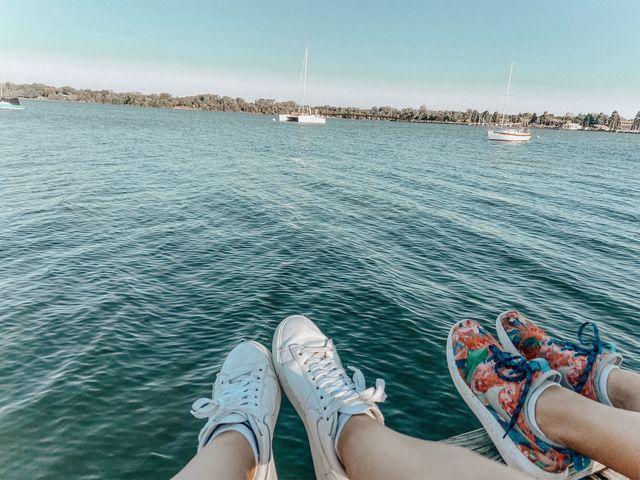 When COVID-19 started shutting down our world, it seemed as though Nike’s business could take a turn for the worse considering they label themselves as a brand “of China and for China.” However, the company is adapting and moving forward better than analysts first predicted.

John Donahoe, CEO of Nike, said during a recent conference call with analysts that the company has seen a surge of growth in engagement through its apps during this COVID-19 era, and Nike’s connection to consumers remains strong through their digital services. Donahoe said Nike has been able to create a game plan for its market in other countries through its experience in China, where the virus originated and society is further along in getting back to normal.

Analysts at Bank of America put their stamp of approval on Nike by upgrading them from “neutral” to “buy” on March 20th, according to a Market Realist report. The analysts also moved Lululemon into the “buy” category as the company is proving to have similar success during COVID-19. Whereas a competitor to the two companies, Under Armour, sits well behind Nike and Lululemon’s stock and is expected to take a hit of $60 million in sales this quarter, as reported by CNBC. COVID-19 has only furthered the declining trend Under Armour has seen in the quarters prior to the outbreak.

Bruce Stanley, a controller and assistant vice president for an insurance company in Iowa, said his job during this time is watching the market to identify which businesses are susceptible to changing revenues in the workforce. Stanley shared his concerns about how retail businesses will weather this crisis and its long term impact, but he believes Nike’s chances at success are better than most.

“Honestly there are opportunities within this current environment,” Stanley said, “People may be becoming more recreational in some aspects than they have been. I think there are potential opportunities for people wanting to get more active outdoors, and I see that there is potential in the marketplace.”

Donahoe echoes this potential in the marketplace. He said that even without the current participation in organized sports, the global culture of health and wellness has been unwavering. Nike has launched a campaign with two simple sentences: “Play inside. Play for the world.” This campaign was widely circulated around social media and advertising.

“In many ways, people are looking to health and wellness now more than ever — whether it’s to stay in shape at home or to focus on mental health during stressful times,” Donahoe said, “People all around the globe are finding ways to make sports a daily habit — whenever, however and wherever they can.”

While Stanley said he is concerned for the long-term impact on physical retail stores, Nike is confident in its strong connection to consumers both through digital sales and in physical stores. This assurance comes from its experience of great consumer engagement as people are back on the streets in China and South Korea, who have been ahead in the stages of COVID-19. This engagement includes not only activity in stores, but continued growth in digital sales at 30% even after stores reopened.

“As we move into normalization, retail traffic is coming back,” Donahoe said, “Interestingly, digital has accelerated even more since the stores have been open.”

With the discoveries in these countries’ markets, Donahoe has said Nike is realizing the battle between digital and physical experience is in the past and no longer a factor. Donahoe said that consumers don’t think in such a way to disconnect the two forms of shopping and they can be interwoven. A seamless experience through using both digital tools with the in-store connection is what the customers really want.

While the overall trend is higher digital engagement with an 80% growth in activity on Nike’s various apps, this doesn’t work for every customer. Chelsea Francis, an SMU student-athlete, said she found herself in the Nike store nearly every weekend, sometimes even multiple times a week, prior to the shutdowns due to COVID-19. For her, Nike’s digital services are unappealing compared to the immediate satisfaction of buying in-store.

“The virus has completely ruined my Nike shopping,” Francis said, “I liked going to the stores so I had the ability to try it on and see how it looks. Sometimes I like the way it looks on the hanger, but not when I have it on. Shopping online is hard and because of the virus I’ve basically stopped shopping.”

There are many consumers that shop the same way as Francis as shown by the biggest drop in stock Nike has seen in years at nearly 40%. However, since it reached its lowest point this year on March 23rd at $60 per share, Nike continues a steady climb on its way back up to where it sat prior to the COVID-19 outbreak at $104.58 on January 21st. Nike stock is currently at about $85.This rise is showing that their digital services will be able to overcome the loss of business from the closing stores.

While Nike waits for its stores to reopen in North America, it has continued its focus on activity and sales apps. Andy Campion, CFO of Nike, said they are encouraged by the digital growth sales in the U.S. in the weeks following the shutdowns, even reaching numbers that are normally only hit during the holiday seasons. Nike saw a 36% rise in digital sales in the third quarter, which ended February 29th, and said it is only continuing to grow quickly during the COVID-19 outbreak. This is causing them to believe North America will continue to follow the sales patterns of China and continue strong sales even after the outbreak is contained.

“The world’s passion for sports remains undiminished and when it all returns, Nike will be right there with sports fans everywhere,” Donahoe said, “I’m incredibly proud of our team and the results they’ve given in Q3. And amidst unprecedented conditions across the globe, we are staying focused on not simply managing through the situation but taking the actions that will allow us to emerge from it even stronger than before.”