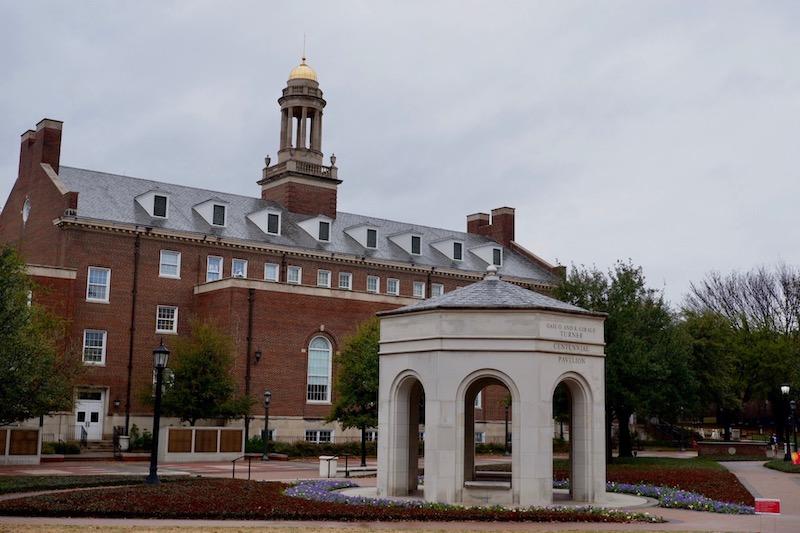 As universities across the country transition to online classes and are forced to accommodate new grading systems, students contemplate how SMU might change its academic evaluation methods.

Some students feel that the decision to go pass/fail is a necessary one that should be applied to all classes. Many argue that the university’s recent shift from in-person to online classes also requires a shift in grading expectations.

Students like junior Chase Nicholson are pushing for pass/fail because they believe that the quality of an in person education simply doesn’t equate that of an online education.

“We pay 57,000 dollars a year for an education that includes in-person help from professors, TAs and the ALEC,” Nicholson said. “The resources we now have to use for classes aren’t perfected by the teachers, and it’s their first time using it. The quality of teaching isn’t up to the same standard.”

Other students don’t do as well with online classes due to distractions at home, limited library access, unreliable internet and more. Freshman Caroline Thomas is worried that her GPA will drop with a more difficult learning environment and the same high standards.

“I think going pass/fail is a great idea, and we should do it. I have trouble learning online,” Thomas said. “I need that face to face interaction with my professor to understand the material.”

On top of this, some students have the added stress of limited access to campus staples, like internet and electricity, in their hometowns.

Ximena Emiliani is finishing her junior year in her home in Panama, which recently implemented an energy-saving plan that reduces the electricity in neighborhoods to three or four hours a day during certain days of the week.

Emiliani worries about finishing her heavy course load online with limited internet access, as she might not be able to attend all of her classes. In addition to that, Emiliani is still waiting to complete most of her assignments.

“I still have another midterm to take, a final exam plus a group project in some classes, so basically I have 75 percent of my grade of the semester left,” Emiliani said. “Online classes, even with all the resources SMU is offering, will definitely not be as effective as in person classes. I am really worried that my GPA will be affected due to these uncontrollable circumstances.”

I’m a student who is also the mom of 2 that I am separated from by 1428+ miles right now. I already suffer from depression & anxiety and those are off the charts right now. Would never usually pick this option but need to now. @thedailycampus @smu https://t.co/jXHKb7i9FM

Many students and professors alike would prefer the option of either pass/fail or the usual grading system for each class.

Student Body Vice President and junior Molly Patrick believes that this choice should be up to the individual student.

“With the change from in-person classes to online classes, it’s important to highlight the difference in what we signed up for and paid for versus what we’re receiving in the midst of this pandemic,” Patrick said. “I think it’s only fair that we get to see our final grades in each class before we determine whether to keep a grade in that class, or choose the pass/fail option. This structure is similar to OU’s structure, and I think it’s a just and appropriate response.”

Many other students agree with Patrick’s statement because of how pass/fail grades would affect their post-graduation plans. For example, sophomore Lauren Small worries that making every class pass/fail would limit her chances of getting into physical therapy school.

“Graduate programs do not accept any pass/fail classes. I am taking prerequisites for graduate applications, and if they are pass/fail, then I won’t get any credit for them,” Small said. “It would be really nice to have the option to make a class pass/fail, especially for UC [classes] to allow more time to focus on core classes.”

However, some students are passionately against the idea of a pass/fail grading system in any capacity. Many fear what the vague grades of “pass” or “fail” could say to potential employers.

“Any post-grad employer will view a student with actual grades more favorably than one with P’s, because a P invariably raises the question of what grade the P replaced,” Dedman Law student Julien Tagnon said. “Was it a C? Was it an A-? Who knows?”

“I think that courses should stay how they are, in terms of grades, just to keep our classes equal in weight,” Alnatour said. “When employers see pass/fail, they typically think it’s a class that doesn’t hold value.”

This disadvantage could snowball into a larger, negative impact on the university and its greater reputation. Tagnon claims that a pass/fail system “kills student performance” and could ultimately harm the university’s reputation.

“Your university suddenly tells you that you can slack off because anything higher than a C gets you credit without affecting your GPA? It would be a small miracle,” Tagnon said. “This harms the university long term in terms of national rankings.”

While students have differing opinions about transitioning to pass/fail for the semester, professors seem to be more unified in their view. Many faculty members hope to choose between pass/fail or the usual grading system, depending on the needs of the class.

Dr. Aurelie Thiele, Lyle School of Engineering professor and President-Elect of the Faculty Senate, believes that “pass/fail options should be expanded but pass/fail should not be the default.”

“Some students in my course have worked very hard to master the material, and I would rather be able to give them As,” Thiele said. “On the other hand, some courses, for instance in the Meadows School for the Arts, may be exceedingly difficult to teach online. For those courses, I could imagine that pass/fail would be more appropriate because the online version of the course would be so different from what the course was originally intended to be.”

However, Thiele’s main concern is to show empathy to the students and to adapt course requirements to their needs.

“I believe that the primary goal of faculty members this semester should be to help students build resilience in face of unprecedented adversity,” Thiele said. “This might include some revision of what represents reasonable expectations this semester when it comes to letter grades, clearly communicated to students.”

Thiele is not the only faculty member who values SMU students’ wellbeing over grades at the moment.

Dr. Dennis Foster, an English professor in Dedman College, would be happy with a pass/fail grading system if it eliminated the grade pressure that might “limit their [students’] willingness to explore and experience unusual class situations.”

“We should rethink what students will get from classes right now when their main concerns are clearly elsewhere with family and community,” Foster said. “What I would most like to see is that students maintain a fundamental connection to the school—to their peers and teachers.”

Overall, this connection will help carry the campus, students and faculty alike, through this unique time. It’s up to us to have patience with each other in this unusual learning experience.

“We will all, mostly all, be experimenting with new methods of teaching, something that will require us all to forgive each other for not knowing what we are doing,” Foster said. “The process itself will be part of the class, but I would not like any of us, students or faculty, to be under grade pressure to get it right the first time. The basic rule right now should be just show up, listen, talk, and forget about grades.”