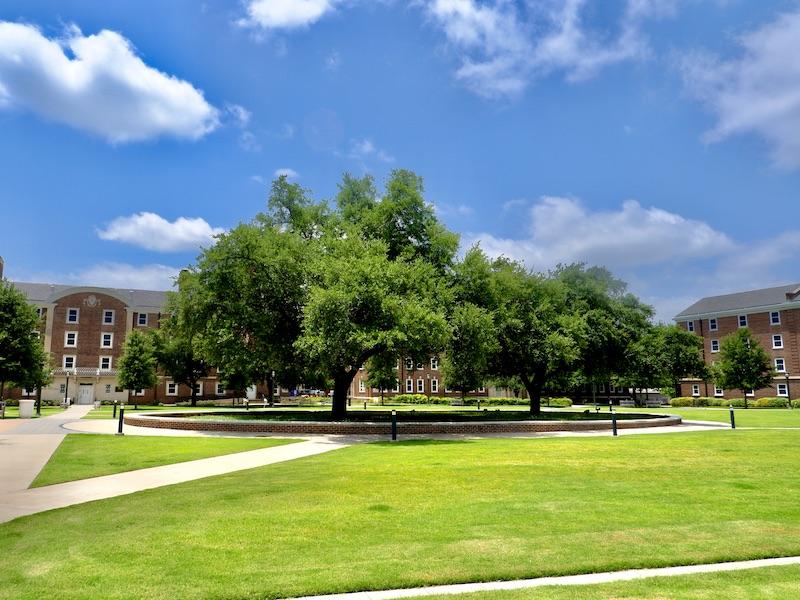 The university’s fall plan, released August 5, came just days before students started to move in to dorms on campus. Faculty members put together a list of seven requirements that “reflect [their] best efforts to digest and respond to the plan before classes begin.”

The list is intended to address the perceived shortcomings of SMU’s plan with regards to CDC recommendations. Some of the areas addressed include the university’s limited contract tracing and testing policy, overly broad face covering requirements, and the rapid response approach to cleaning contaminated areas that may endanger “the most vulnerable employees at SMU,” according to the letter. 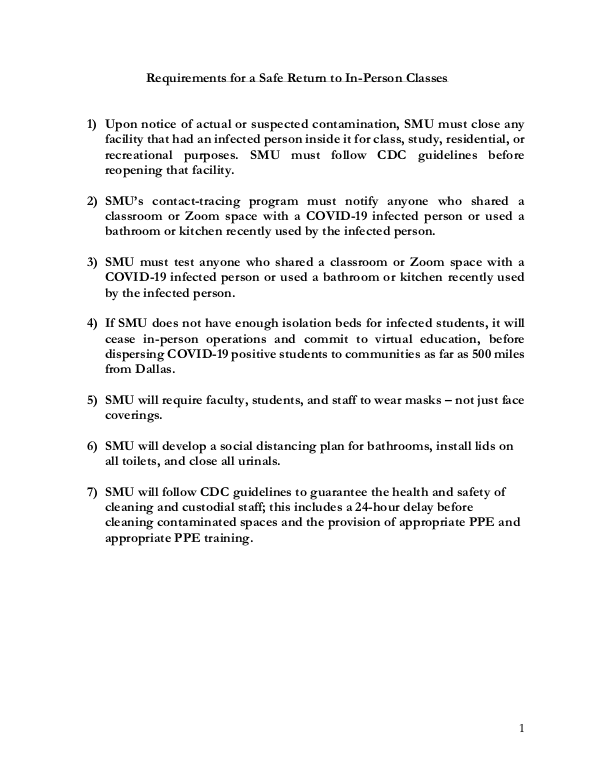 “The Plan fails to protect the health and safety of the campus community. Worse still, the SMU Plan places faculty, students, and staff at greater risk, and then spreads that risk to wider communities in Dallas, across Texas, and beyond,” the letter says. “If SMU wants to take ‘pragmatic, deliberate measures to prevent the spread of COVID-19,’ the University should immediately modify the SMU Plan….”

After the Emergency Operations Center (EOC) reviewed the letter, Vice President for Business and Finance Chris Regis provided a response on the committee’s behalf that stands by the original plan.

“While we appreciate the positions reflected in Requirements for a Safe Return to In-Person Classes submitted as part of the letter, the EOC firmly and confidently supports the plan as written,” Regis said.

The response briefly addressed each of the outlined concerns detailed thoroughly in the faculty letter.

One of the letter’s criticisms was that SMU’s cleaning response to contaminated areas goes against the CDC recommendation to “wait 24 hours or as long as practical before beginning cleaning and disinfection.” However, SMU officials stood by their policy to instead disinfect within 4-8 hours because, “custodial services on the SMU campus have more specially trained teams outfitted with additional PPE, allowing for a rapid response while still maintaining the safety of custodial staff.”

The faculty letter also criticized SMU’s contact tracing and testing policy, and suggested the university expand its approach to both. Currently, only symptomatic individuals can be tested for COVID-19 on campus, and only those identified as being within 6 feet for at least 15 minutes of a positive case are being notified. However, the CDC recommends an expanded testing policy for “high density settings” which would include testing “those who shared communal spaces or bathrooms” with infected individuals or “testing all residents on a floor or an entire residence hall.”

In their response to the letter’s suggestion, SMU officials repeated their current protocol that “all individuals testing positive for COVID-19 are contacted and confidentially interviewed to identify people who came into close contact with the infected individual….Only these identified individuals will be contacted.”

Similarly, the letter’s request to require face masks on campus instead of potentially ineffective face coverings was rejected. “The University’s current position on face coverings is compliant with the latest local ordinances,” the response said.

The faculty letter also voiced concern over the isolation housing capacity policy that, in some scenarios, would require students who tested positive and have a place of residence within a 500 mile radius to travel back home while infected.

“If SMU cannot sustain operations without dispersing infected students to surrounding or distant communities, the university should establish criteria that close operations before there is a critical shortage of isolation beds,” the letter said.

In response to this request, officials stated, “There is no one item alone that would drive the decisions related to continued University operations.”

President Turner and Provost Loboa also responded with a separate letter outlining the reasons why SMU must “[pull] forward, together”, citing students’ desire to return to campus, their mental health, and the potential financial impact and furloughs that could occur “the further online we go”.

“We understand that this is a difficult time for all and will continue to provide options and opportunities as we balance the many needs and concerns or our campus community,” the response reads. “We are proud of the excellence of our faculty and staff which is a valuable part of the SMU experience that our students and their families appreciate.”