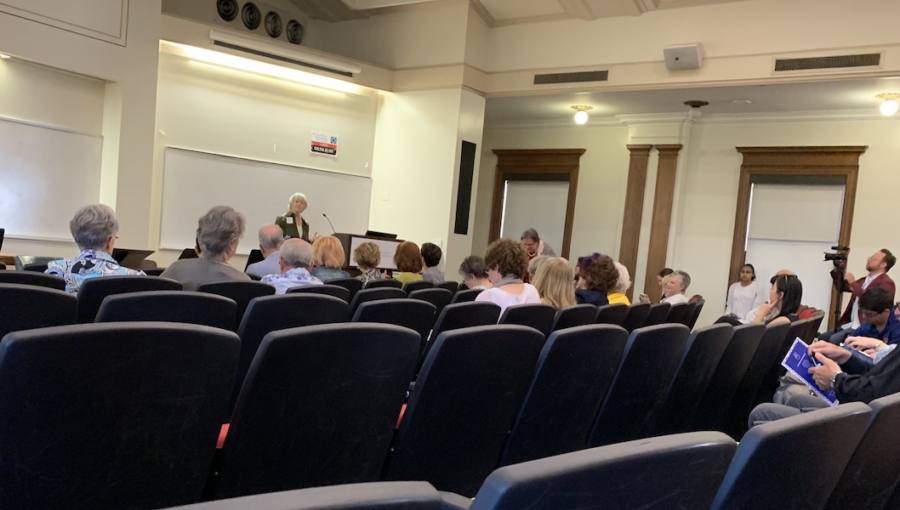 A group of three panelists said America needs stricter gun laws at the “Gun Violence: A Right to Life Issue” event on April 4 at Dallas Hall.

Julia Pena, a panelist who lost her son Jonathan to gun violence, said that it is crucial for the United States to enforce stronger gun laws and to carry out harsher punishments to perpetrators.

“My husband and I would always watch the news and we would be so upset and angry about how easy it is for people in this country to own a gun,” Pena said. “Jonathan had a right to life, and all of us here today also have a right to life.”

Speaker Sheila Madigan Levatino said to the audience of over 50 people that Americans should not own guns until the age of 21, in an effort to decrease gun violence.

The idea for stricter gun laws was emphasized when SMU theater students performed “Babel,” a play by Cry Havoc Theatre that focuses on the aftermath of school shootings from different points of view. Audience member Chen Dong said the performance was his favorite part of the event.

“The theater successfully illustrates the environment we are in right now and why we should take the issue seriously,” Dong said. “I think nobody’s life should be taken away by gun shots.”

The event was organized by a committee over the past year, and focused on how rights guaranteed in the Declaration of Independence relate to modern-day gun violence.