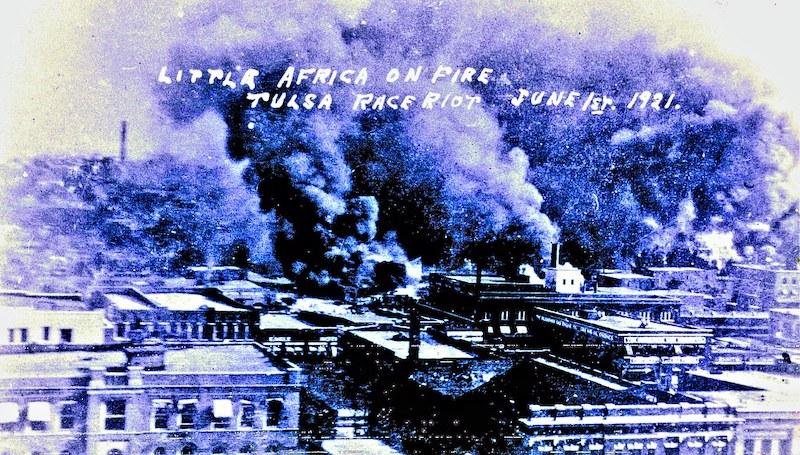 Learning about the massacre of thousands in Tulsa in 1921 doesn’t cause shame, but deepens us as human beings, Tim Madigan, the author of New York Times best-seller, “The Burning: Massacre, Destruction, and the Tulsa Race Riot of 1921,” said at a Wednesday presentation in SMU’s McCord Auditorium.

“Systematic racism is so entrenched [in this country] because millions and millions of people have no idea about the history,” Madigan said. “As I was growing up, racism wasn’t relevant to me – probably because I didn’t see them. The only black and brown faces I saw were on TV.”

Madigan first learned the history of the massacre as a reporter in Texas when he was assigned to visit Tulsa in January 2020 for a story about the event’s anniversary. Madigan has since advocated for education about racist history in the United States – specifically Tulsa’s 1921 massacre, in which mobs of white residents attacked and destroyed affluent, predominantly Black businesses and homes in Tulsa.

The SMU Human Rights department, SMU Simmons School of Education and Human Development and SMU Law professor John Vernon hosted the speech. Madigan was joined by Quraysh Ali Lansana, a lecturer of African Studies and English at Oklahoma State University in Tulsa and the acting director of the Center for Truth, Transformation and Healing.

“What happened in Tulsa was not, as I initially assumed, some historical one-off,” he said. “It was perfectly consistent with that time in history and only distinguished by its magnitude.”

Madigan also said his close friendship with children’s television star Fred Rogers helped him better understand the importance of learning about people different than himself. Madigan published his memoir, “I’m Proud of You: My Friendship With Fred Rogers,” in 2006.

“I found it so interesting that he learned a bigger connection about race and understanding of people through his personal connection (with Rogers),” said Morgan Sipp, a 20-year-old marketing major at SMU who attended the lecture.

“We heard a phrase tonight, and it’s as relevant as any other in human rights, ‘I didn’t know,’” Halperin said. “Part of my job is helping you to stop saying this most dangerous phrase.”