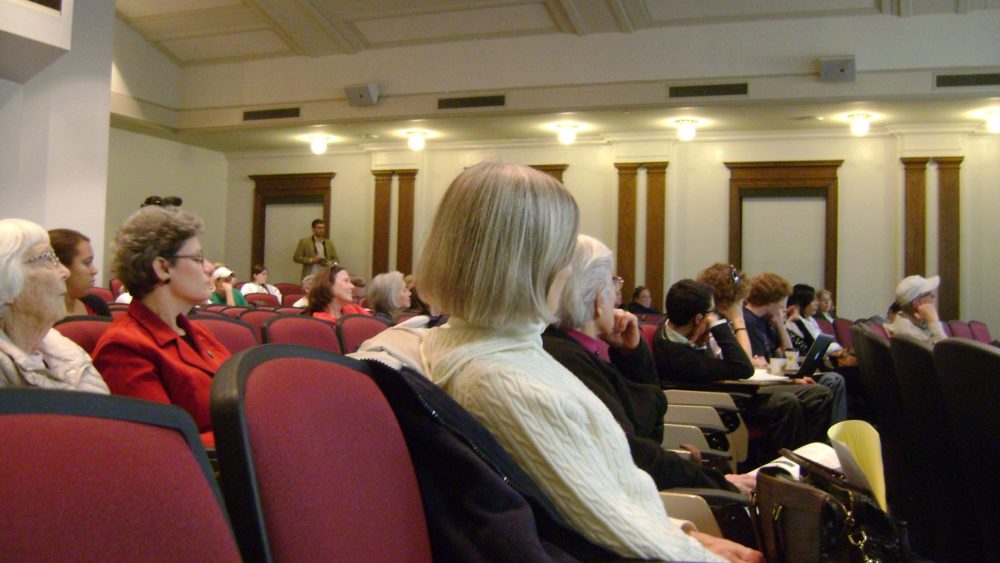 On Thursday night at Southern Methodist University, George Annas spoke about a lethal act that takes place behind closed doors. While the use of lethal injections in executions may be disturbing to some, it is necessary to others.

Author and editor of 18 books on health law and bioethics, Professor Annas bashes about the hypocrisy of doctors who choose to assist in executions.

“White coats are supposed to stand for healing, compassion, trust. Their participation completely goes against the practice of medicine,” he said.

He claims that main problem individuals have with the death penalty is not the actual execution, but rather the methods used to accomplish it.

Referring to the techniques used in the Middle Ages, whether it be the use of nooses, electric chairs, or gas chambers, Professor Annas claims that U.S. Supreme Court never considered these techniques a violation of the 8th amendment because neither “cruel or unusual punishment was inflicted.”

Now, an execution is done with the use of three lethal injections: the first drug –injected in a massive overdose—is designed to put the individual in a permanent comma, the second drug is paralyzes the muscles, and the third drug sends the individual straight into cardiac arrest.

According to Professor Annas, the lethal injection violates the eighth amendment due to the physician assisting in the suicide. The physician is solely inflicting more pain than previous execution methods.

For instance, if the patient is not given enough of the first and second drug, the prisoner may be undergoing extreme pain but cannot speak out as a result of muscle paralysis, said Professor Annas as he quoted the U.S. Supreme Court.

“We need to remember that we are not killing humans, we are killing sub-humans. Some pain is necessary, and a lethal injection is about as least painful as you can get,” said Professor Annas in response.

During the execution, however, Professor Annas said he believed that the participation of a physician during an execution is plain perversion.

Physicians should be present in an execution not to supervise or help but for the following two reasons: in case the prisoner is in need of a sedative and to certify the time of death, said Professor Annas.

“If we want to take the Death Penalty seriously, we need to use doctors for helping services not to kill,” he said.

The next program of the “Death Penalty Matters” will be held on Nov. 11 at 7:00 p.m. at the Perkins School of Theology at Southern Methodist University. 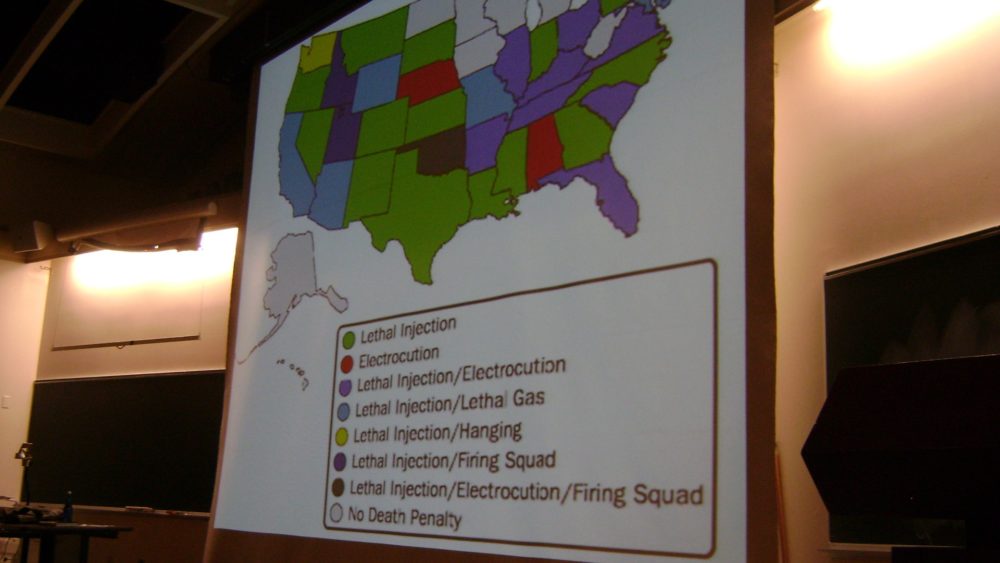 The slideshow represents the locations in the United States where lethal injections are permitted. (CAROLINA BRIOSO/The Daily Campus )