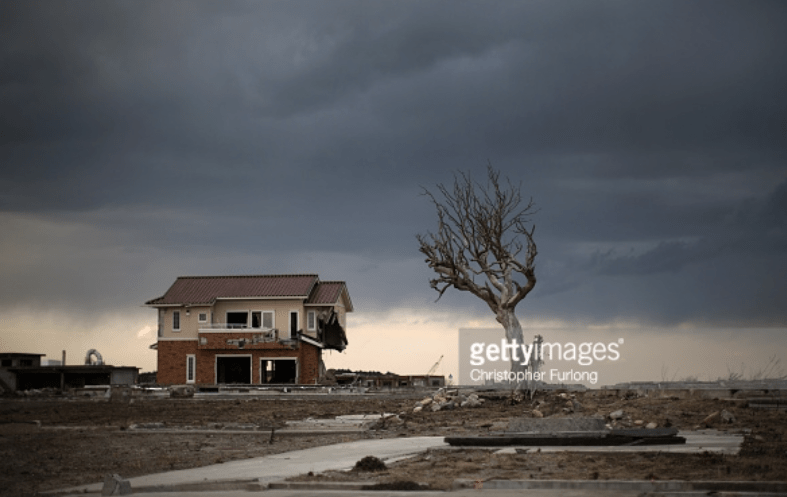 Heroy Hall houses professors, department chairs and others devoted to earth and statistical sciences, sociology and anthropology. Its white hallways and small elevator are not the most pleasant of atmospheres.

Although it is old, the building holds special spaces where many academics research and discover new ideas. Among the offices is Nicolas Sternsdorff-Cisterna’s office behind a Hello-Kitty decorated door on the fourth floor.

The combination of cultures strengthened his growing interest in anthropology. Originally born in Chile to a German father and a Chilean mother, Sternsdorff-Cisterna learned four languages from an early age. He attended a German school and later got his bachelor’s and master’s at Canadian universities. He received his Ph.D. from Harvard University and now teaches anthropology courses at SMU.

Most of his studies have revolved around the anthropology of food.

While researching at Harvard in 2011, the Fukushima nuclear meltdown occurred, releasing radiation that drastically affected the Japanese agriculture sector. A curious Sternsdorff-Cisterna went to Japan and lived there for several years to analyze the impact of the Fukushima incident on its community.

He saw first-hand the hardships that farmers and fishermen faced as they lost up to 80 percent of their customers and how consumers reacted toward the threats that accompany lack of food security.

Sternsdorff-Cisterna is currently working on a book about his time in Japan, from attending more than 70 different study sessions to personally visiting those affected.

His book “Food Safety after Fukushima: Scientific Citizenship and the Politics of Risk” will reflect the accident as well as how the government and civilians reacted to it.

A nuclear meltdown of such a large scale had no precedents in Japan, but in Ukraine a comparable and even more devastating event occurred in Chernobyl.

“Fukushima happened in a country that was capitalist with free press and in the era of the internet, ” Sternsdorff-Cisterna said. Chernobyl, however, occurred in the Soviet Union during 1986.

However, there was “an exchange of knowledge as people from the Ukraine and Belarus came to share their experiences,” Sternsdorff-Cisterna said.

As Sternsdorff-Cisterna saw first-hand, collaboration of those affected by nuclear meltdowns has improved. He hopes that, with his research, other communities will learn from the Japanese approach in case of a similar disaster in the future.

The exclusion zone covers approximately 20 kilometers from the incident’s main site, but the Fukushima region remains the third-largest in all of Japan. Therefore, farmers far from the nuclear site received little to no amounts of radiation but were still drastically affected because their products are known to come from the Fukushima district even if they meet safety standards.

According to Sternsdorff-Cisterna, many consumers remain averse to any product with a Fukushima label. This raises many questions regarding the safety of products and the real risk that the civilians face if they consume them.

During a stay in Japan, Sternsdorff-Cisterna realized how civilians viewed producers as enemies; in fact, the farmers spend their time actively researching and doing their best to ensure that their food passes safety regulations. He found that the producers affected by the incident were seen as perpetrators willing to sell poisonous goods.

Although the Fukushima incident created a severe rise in the public’s distrust for the government and in science itself, the disaster united many housewives concerned with their families’ welfare.

The “Seikatsu Club” emerged as a community to exchange safe foods. Japanese women united in the disaster’s wake to reduce the risk of food poisoning through mass participation and research. Several other social formations have been formed to oppose the use of nuclear power in Japan to avoid a similar accident.

From his time in Japan and his personal research in anthropology, Sternsdorff-Cisterna learned more about the influence of food and the relationships between producers and consumers.

“I value anthropology because it teaches you about different perspectives and ways of thinking,” Sternsdorff-Cisterna said.

Although the Fukushima incident occurred six years ago, Japan and its community still suffer from its aftereffects. It remains an issue in the Japanese society and a research topic for many anthropologists.

Sternsdorff-Cisterna continues to contribute to what he describes as “a pool of knowledge” to inform people from all parts of the world. As he works on his manuscript, he sits in his desk surrounded by books in a number of languages, thinking about what he will tackle next.