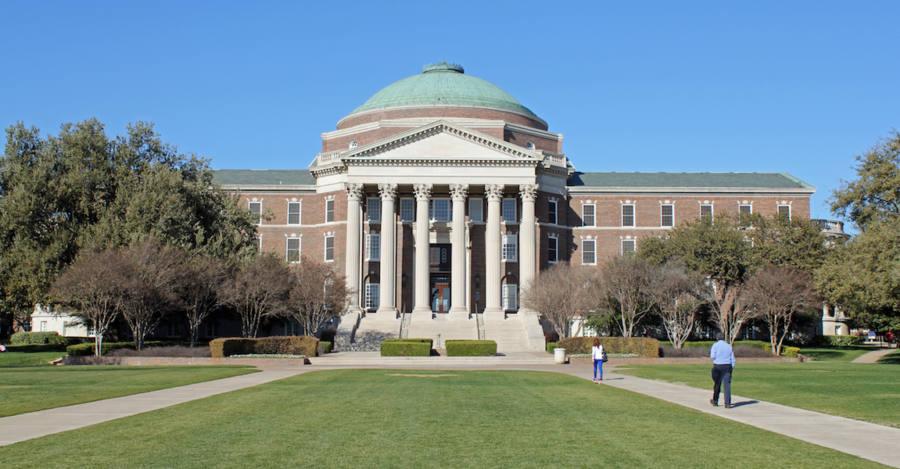 The Dallas Morning News reported earlier this week that several Texas universities, including SMU, the University of Texas and Texas A&M, had a history of performances in blackface as well as cartoons and yearbook photographs of blackface.

President R. Gerald Turner released a statement earlier acknowledging that images and depictions of blackface are part of SMU’s history. This statement comes in light of recent events involving blackface across the nation. Earlier this month, Virginia Gov. Ralph Northam faced severe backlash after speculation that there are yearbook photographs of him in blackface.

But blackface imagery in the U.S. dates even further back. According to History.com, the demeaning practice of darkening the skin and exaggerating facial features to dehumanize African Americans began after the Civil War as white performers played African American characters.

President Turner sent an email to the Black Faculty and Staff Association notifying the members of blackface images in SMU’s past yearbooks. In the email, President Turner also attached the official statement he had already posted on SMU’s website.

In the official statement posted on the campus website, President Turner acknowledged that SMU is among a group of other colleges and universities that are experiencing these issues. He encouraged the community to acknowledge and learn from the university’s past.

“Students, faculty, and staff are having meaningful discussions about our differences and commonalities as part of SMU’s Cultural Intelligence Initiative,” President Turner said. “I hope that all campus community members will participate in these conversations as we unwaveringly continue to work toward a campus community equally supportive of all its members.”

Sophomore and co-founder of Green Book Magazine Temi George says she was shocked not at the fact that SMU has a history with blackface, but rather the fact that President R. Gerald Turner’s statement was not directly communicated to the larger campus community.

George further suggests that if President Turner’s goal was to “own up to the situation and to acknowledge the hurt that these things could cause, […] it would be a better move to acknowledge that on a more widespread level, such as to all of the student body.”

In regard to SMU’s history with blackface, President of the Black Faculty and Staff Association Emily Newsome said that “we need to make sure that we don’t support a culture that continues to promote that kind of behavior.”

Update on Tuesday, Feb. 26: President Turner emailed his statement on blackface to the SMU community on Friday, Feb. 22.