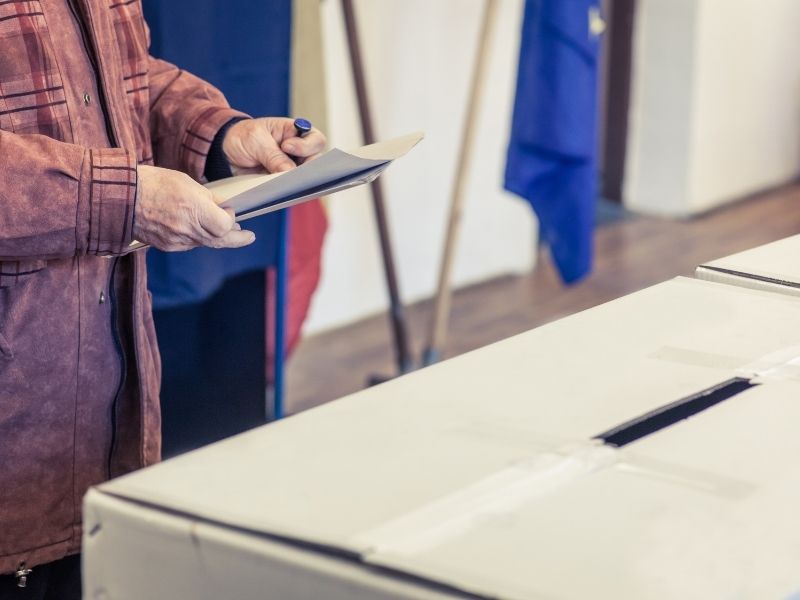 A spring-like day with clear skies and 75 degrees couldn’t even bring more Texans to the voting polls for the 2022 Texas primary election Tuesday, March 1. At 8 o’clock in the morning, there were more candidates and campaign workers than voters at the polling location, Our Redeemer Lutheran Church and School in Dallas.

The night saw Gov. Greg Abbott defeat a number of his right-wing opponents who tried to characterize him as inadequately conservative, and Beto O’Rourke swept the Democratic nomination by a landslide. The two candidates will battle it out for the position of Texas governor in November.

With the primary behind him, O’Rourke aims to achieve something no Texas Democrat has done since 1994: win a statewide election.

Another significant result: Attorney General Ken Paxton, whose tenure has been fraught with charges of fraud, awaits a runoff against George P. Bush on May 24.

Samara Dep is a full-time campaigner for candidates in the 32nd Congressional District, which is the northeast Dallas County suburb with a fragment of Collin. Dep said the new voting restrictions are detrimental.

“Last year, Texas enacted one of the most extensive election reforms in the country, restricting voting rights,” said campaigner Samara Dep. “Since then, the number of rejected and returned absentee votes has increased dramatically.”

Sierrah Blade, a recent high school graduate and full-time campaign volunteer, believes the pandemic has changed the voting process for the better.

“Personally, I believe that voting via drive-through should be prohibited since it makes the electoral process seem unimportant,” said Blade. “After being stuck at home for quarantine, more people decided to come out and vote in-person after watching the chaotic news of mail-in ballots and alleged voter fraud.”

Two-term U.S. Rep. Colin Allred has no challenger in the Democratic primary in November. It will take a politician who can relate to and represent a diverse community.

“State primary voter turnout remains low, but this is true every year,” said Nathan Davis. “It is not indicative of what will happen in the next election cycle.”

The first primaries show a difficult midterm cycle and signal battles to come.

“We are all here for the same purpose, to make our voice heard and make sure every vote counts,” said candidate Davis, who was campaigning at the polling location, Our Redeemer Lutheran Church and School in Dallas. “This is my third stop today, I have 11 more to go, and I am feeling very confident, even if it falls short, that we will go to runoffs.”