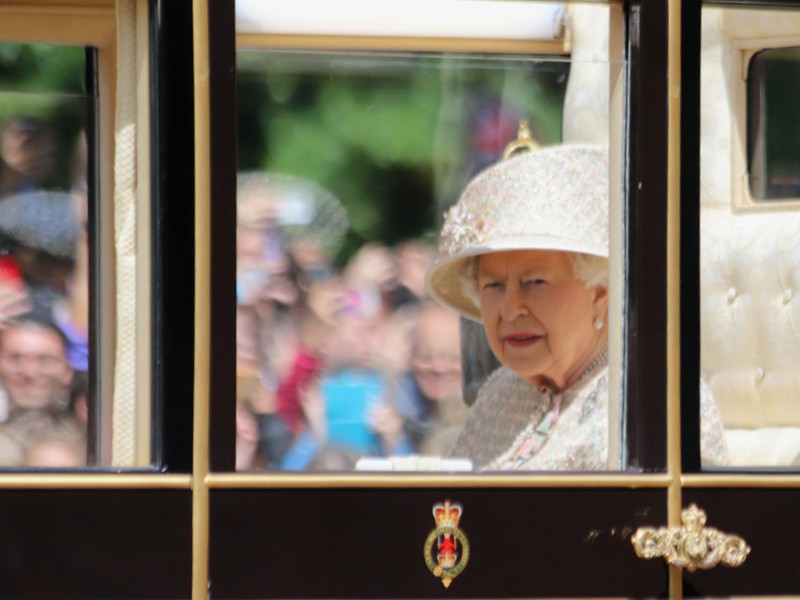 “For many people in the UK and throughout the commonwealth, she was a symbol of tradition and a symbol of continuity,” said Joshua Tate, professor of History of Anglo-American Legal Institutions at SMU Dedman School of Law.

According to the Dallas Morning News, Queen Elizabeth visited Dallas in May 1991. The visit lasted only seven hours and was a part of a larger tour of the United States.

For students and professors who went abroad this past summer, news of the queen’s death had a personal impact.

“I was in shock,” said Carly Wind, a junior student who studied abroad in London this summer. “When I was in London, I was able to see the impact that she had and learn all about her life and how amazing she was as queen.”

“Every time I’ve taught abroad in London, I’ve attended her birthday parade, and this summer was lucky enough to be there for the Platinum Jubilee,” Baronet said. “I have a photo I took of her in 2019 during her birthday parade, and it appears as if she is staring right at me. I showed that photo to my class today and shared my feelings of her passing.”

The Queen’s Platinum Jubilee celebrated her reign of 70 years.

“After having the privilege of attending the Platinum Jubilee, the death of the Queen most definitely had an emotional impact on me,” said Chaya Feng, another London study abroad student. “Celebrating with the entire city of London, and seeing and being a part of the joy that day was a memory which I will truly never forget.”

The news of the Queen’s death comes a year after her husband, Prince Philip, passed away at age 99. Queen Elizabeth’s firstborn son, Prince Charles, has already ascended to the throne.

“The moment that the monarch dies, the person who’s next in line, which is the former Prince Charles, automatically becomes king,” Tate said. “There will be some ceremony, there will be a coronation, but he is already king. There’s no moment where Britain is without a monarch.”

“I think that the King will be taking a different approach to how the British people approach international relations and colonialism and stuff like that,” said Saavni Desai, an Oxford study abroad student.

Queen Elizabeth’s death has prompted many people around the world to reflect on her reign and impact.

“She strikes me as a woman who was wise, compassionate, and generally a good human being who tried to do good by the people of her country,” Baronet said. “I remember the bit she did with James Bond as an intro to the Olympics [in 2012], and that further demonstrated she could laugh at herself and was more relatable than I’d given her credit for.”