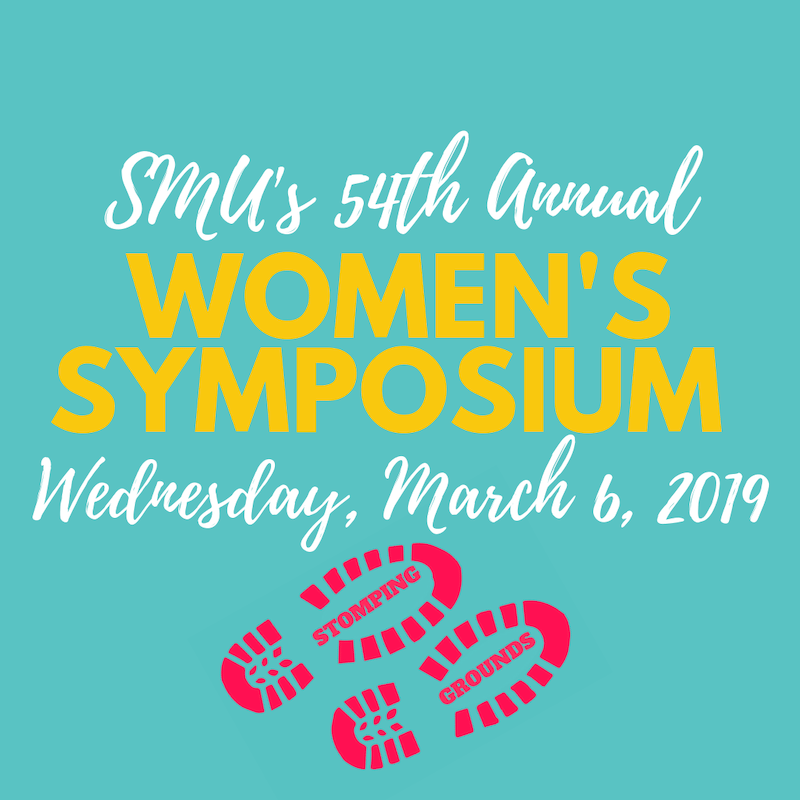 SMU’s prestigious Women’s Symposium has opened registration for SMU students and members of the public. The Women’s Symposium was started in 1966 by Emmie V. Bane, founder of SMU’s Women & LGBT Center (then called the Women’s Center.) The Symposium brings together people of different ages and cultural backgrounds to discuss topics of national and community relevance. This year’s theme is “Stomping Grounds,” an exploration of social and political activism.

The keynote speaker for this year has not been announced. This year’s symposium will break new ground and create new traditions under the leadership of the Women & LGBT Center’s new director, Dr. Sidney Gardner.

Over a hundred speakers have been brought to the Symposium. Past speakers include Olympic athlete Ibtihaj Muhammad, news commentator Cokie Roberts, Coretta Scott King, Maya Angelou, and Hillary Clinton. There is a complete list of past speakers on the website.

SMU students are admitted into this symposium under no cost. The symposium consists of a lunch, multiple breakout sessions and panels, plenary and dinner recognizing incredible female leaders in the Dallas community.

Register for the symposium on the Symposium’s website. The symposium will be held on March 6.