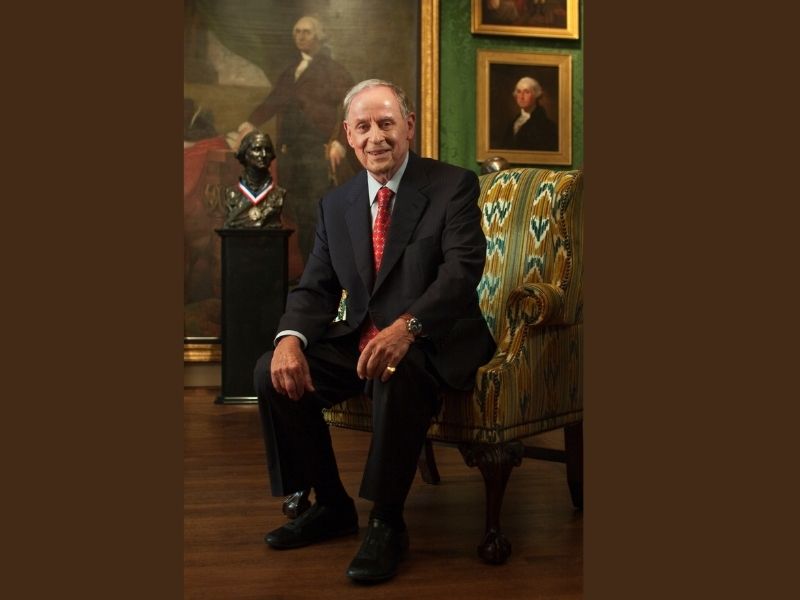 Cary M. Maguire, Sr., an SMU Board of Trustee emeritus, passed away Aug. 10 at the age of 93. Maguire has long since been a leader in the SMU community through his 24 years of service to the Board of Trustees starting in 1974 and founder of the Maguire Center for Ethics and Public Responsibility.

Maguire has served as a member of the Executive Committee for the Campaign for SMU, the co-chair of the Cox School Campaign Committee and has chaired several University boards and committees such as, the Cox School of Business Executive Board, the Investment and Audit Committee, the Maguire Center for Ethics and Public Responsibility Advisory Board and the Maguire Energy Institute Advisory Board.

“The Maguire Center would not exist without the foresight and leadership of Cary Maguire,” William F. May Endowed Director of the Maguire Center for Ethics and Public Responsibility, Rita Kirk said in a statement on SMU’s website. “His dedication to ethics education and community outreach is felt in everything we do here at the Center. His loss is immeasurable, but his vision will be continued through the lives we change and the students we educate.”

He and his wife, Ann Thompson Maguire were named recipients of the Mustang Award for their philanthropy to the university. Later, in 2019, he was also recognized for his contributions as the recipient of the L. Frank Pitts Energy Leadership Award. Maguire’s dedication to ethical business practices led him to several positions of service on national councils and committees through the years.

Click here to donate to the Maguire Center for Ethics and Public Responsibility.