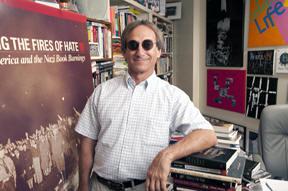 Rick Halperin, the director of SMU’s Human Rights Program, joined five other panelists last Saturday in a discussion about the grim role that racism has played in the American criminal justice system.

“Is the death penalty racist?” Halperin questioned. “Of course it is, because the American criminal justice system has been racist since its inception.”

Halperin began his short lecture with a quick overview of how the United States’ federal government has historically and systematically used the law to punish people of color.

“Slavery and segregation, in the name of the law, by the federal government, comprise 83% of America’s history,” Halperin said. “It’s not hard to see why in 2021 there’s so much racism and anger encompassed by the law…the law has always been used in American history to punish and especially discriminate against non-white people.”

In his closing thoughts, Halperin cited a 1987 Supreme Court decision that sentenced an African American man, Warren McCleskey, to death despite the court’s acknowledgement of statistics pointing to rampant racism within the criminal justice system.

In the McCleskey case, the Court demanded he prove that the prosecutor in his case was racist against him individually and independent from any statistics – a bar which Halperin claimed to be impossible for any defendant to meet.

“This decision is known as the Dred Scott decision of the death penalty movement, and we have never approached anything like it since,” Halperin said.

Halperin was followed by Rodrick Reed, the brother of Rodney Reed, an African American man who was falsely convicted of rape and murder 23 years ago and has been sitting on death row ever since.

“There was DNA at the crime scene that was not tested,” Reed stated. “They broke all kinds of laws putting my brother on death row- and he had an all white jury, an elderly jury, he did not have a jury of his peers- and all the evidence points at other people besides Rodney Reed.”

The family is preparing for Rodney Reed’s upcoming evidentiary hearing set for May 17 at a district court in Bastrop County, Texas. Reed thanked all of their supporters including some A-list celebrities, and shared that Rodney sends his love to everyone who believes in him.

Reed was followed by Megan Rollag from the Racial Justice Coalition, Hadi Jawad from Amnesty International for Dallas, and Abraham Bonowitz of the Death Penalty Action campaign, all of whom shared ways the community can join the fight against the death penalty.

“The good news here is that we don’t have to change anybody’s minds, we just have to get the people who agree with us to do something,” Bonowitz said.

Bonowitz encouraged virtual attendees to go to deathpenaltyaction.org and write to their senators and to President Biden, demanding change and an executive order to end the racist and barbaric practice of the death penalty.

#WATCH: Students have been navigating the effects

For the better part of 4 years, Sonny Dykes was built up by SMU Football as its leader.

Now, he leaves Dallas heckled by fans who are confused and questioned by players who are hurt. Dykes’ non-answers have caught up to him.

Wanted to wish a Happy Senior Day to SMU student reporter @Kevinreynolds30, who’s covering his final home game today. One of the brighter and talented student reporters I’ve met. He’d be an excellent hire for any sports staff, even if his Twitter game needs improving.