More than 30 volunteers arrived at the Trinity River to help clean up Harold Simmons Park early Saturday morning. The cleanup event, Plastic for Donuts, was hosted by the Trinity River Conservancy as part of a new program of monthly volunteer events which aim to get Dallas more involved in the future of the park. The nonprofit Trinity River Conservancy is the main funder of the area’s development into a massive 200-acre greenspace spanning the distance between the Ron Kirk Pedestrian Bridge and the Margaret McDermott Bridge.

“Our mission is to make the Trinity River the natural gathering place for Dallas and everybody in Dallas,” Trinity River Conservancy volunteer coordinator Kathryn Trainor said. “Events like this, you know volunteer activities and things like that, really kind of build ownership of this space for the community members.”

Dallas has struggled with the Trinity River since the city’s beginnings in the 1890s. Despite perpetual plans for the space, including visions of making it an inland port, problems from funding to flooding overtook them all. It is vital to the current project that people are not only more aware of the space, but also have a connection and desire to care for it, according to Trainor.

Stacy Mach attended with her two sons, the older of whom participated as part of a community service requirement at his middle school. Watching her son get more involved has changed her perception of community involvement. “My biggest eye-opening thing is: get kids involved early,” Mach said. “This is what brings you back to nature, what connects you. Why we’re here, I think, on this earth is to give back and to help others and to help the environment. It’s a great thing, and now I’m like, ‘wow yeah I’m glad I didn’t wait any longer than I did to instill these values in the kids.’”

Since the announcement of the park’s construction, there has been an increasing number of events and programs as well as public participation around the area. Among Saturday’s volunteers were families as well as students ranging from elementary school to college age.

“The reason I wanted to come out here and do this is that Dallas is a beautiful place,” sixth grade student Conrad Slemmons said. “And we want to clean it up. We want to make it look nice because, you know, it’s just a great place to live but we could make it a lot better by doing things like this.”

Posted on October 18, 2019 by Audrey Mcclure
ShareTweetShare on Google+Pin on PinterestSend with WhatsApp
36 recommended

Reading for a Reason to promote literacy at fourth annual event 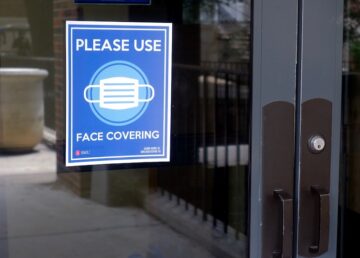 SMU will not mandate vaccine even as FDA gives its approval

Harry Styles brings "Love On Tour" to Dallas, Texas after postponing his North American tour due to the COVID-19 pandemic. END_OF_DOCUMENT_TOKEN_TO_BE_REPLACED

SMU knocks off TCU on the road for the second consecutive time, taking next step in fight for ‘credibility’

COLUMN: What have we learned about SMU through the first three weeks of the season? Pretty much nothing