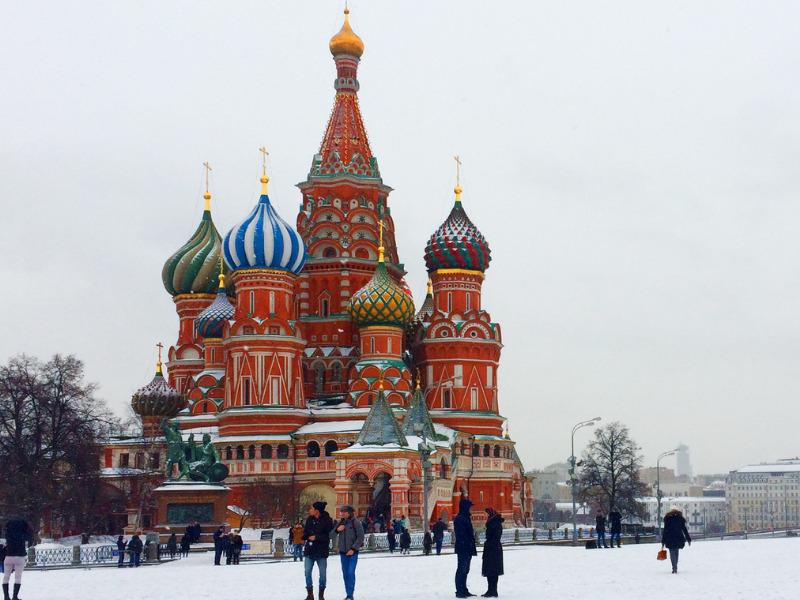 The fashion industry is beginning to cut ties with Russia after their invasion of Ukraine. Among the first major fashion companies to halt operations were Nike and Net-a-Porter, saying they could not guarantee the quality of assurance for their products. Many other luxury brands have followed in a similar fashion, with Hermès being the first major international luxury group to pause all commercial activities in Russia. Other luxury companies suspending their operations in Russia include Chanel, Prada, Moncler, Kering, LVMH, Richement, and Burberry. Fast fashion retailers H&M Group, ASOS, and Boohoo have also halted their operations in Russia. But there was one retailer that changed its mind. Uniqlo, originally continuing its operations in Russia, just reversed after receiving much backlash on social media. Uniqlo said they wanted to stay open because clothes are a necessity of life, and the Russian people have as much of a right to clothes as we do. After receiving negative responses, they said they could no longer proceed due to the difficulties. Global mass media company Condé Nast halted all publishing operations in Russia due to concerns for their journalists’ and editorial teams’ safety after Russia passed new censorship laws.

Several global video game manufacturers and publishers have recently taken a stance against the Russian invasion of Ukraine. In accordance with government sanction guidelines and calls for action from Ukrainian Digital Minister Mykhailo Fedorov, the global video games industry has taken steps to withdraw from Russia’s $3.4 billion game market.

The Sports World’s Dilemma with Russia

The Russian invasion of Ukraine leaves athletes, teams, and leagues in the United States confused and hurt. Hockey is a staple in Russia, and 41 players in the NHL hail from there. One notable player is Alexander Ovechkin, nicknamed Alexander the Great for his dominance in the sport. Ovechkin has received backlash for not changing his Instagram profile picture with Putin since the invasion. He has kept this picture up and not taken a stance on the war because he still has family in Russia who might be harmed if he speaks against his home country. His team, the Washington Capitals, has condemned Russia’s invasion of Ukraine, but still stands by Ovechkin.

The NHL suspended deals with the KHL, the Russian professional hockey league on Monday. This call from the NHL will make it very difficult for KHL players that want to further their career in the more competitive NHL. It is a very popular streamline of players from the KHL to go to the NHL, and with the ties broken as of right now, it is hard but still possible for Russian players to make their way to America. Teams are allowed to communicate with the North-American-based agents of Russian players hoping to pursue a career in the NHL if they are certified by the NHLPA.

A two-time Olympic gold medalist and seven-time WNBA All-Star, Britney Griner, was detained at a Russian airport in mid-February for alleged possession of vape cartridges containing hashish oil. Her current whereabouts are still not known, but she has been detained and is in holding by Russian authorities. Rep. Sheila Jackson of Houston, Griner’s hometown, has been in contact with Russia as of Wednesday to further the effort to get her back to the United States. Griner was traveling back to Russia to join her team, the UMMC Ekaterinburg, in the Russian Women’s Basketball Premier League. It is very common for WNBA players to go overseas and continue their career in the offseason because they typically make larger salaries than in America and have the ability to continue working on their game.

FIFA and UEFA have officially severed ties with Russia’s national teams and clubs “until further notice.” The decision comes after the Czech Republic, Poland and Sweden refused to play Russia within their own mini-bracket. FIFA originally ordered Russia to play without their flag or anthem. They also ordered that Russia go by its name of federation, the Football Union of Russia, and all matches to be played in neutral venues without the presence of fans. This measure wasn’t enough for other countries, as Canada released a statement in solidarity with Ukraine and stated they would not associate themselves with any Russian teams. If the war continues, it is likely Russia will not be eligible to play in this year’s men’s World Cup and Women’s Euro 2022 tournaments.

FILM and some retail:

Hollywood has started to impose their own form of sanctions on Russia. The Walt Disney Company was the first to act, announcing that they will be suspending the release of its movies in Russian theaters. The first film to be put on pause will be the upcoming Pixar film Turning Red. Disney also announced they are working with their NGO partners to provide aid to Ukraine. Within hours of Disney’s announcement, Warner Bros. followed suit, delaying the release of their latest film The Batman in Russia. Sony Pictures announced they will delay the release of their film “Morbius” and Paramount Pictures has said they will not be releasing their two upcoming movies Sonic the Hedgehog 2 and The Lost City. Netflix had four Russian original projects in the pipeline all of which have been paused after their announcement. The Cannes Film Festival has also said they will not be welcoming any Russian delegations or attendees with ties to the government.

On the retail side, many Russians are heading to stores to buy in bulk after IKEA, Nike and H&M have announced they will be closing their stores in the country. Tech giants Apple, Samsung, and Microsoft have also stopped selling their products in Russia.

Other companies that have ceased operations: