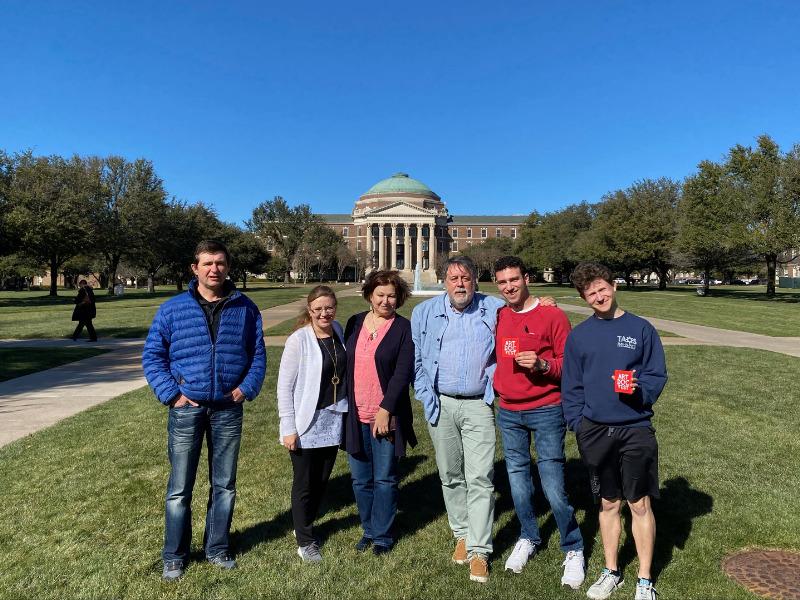 The Russian Club hosted a screening of the documentary Gorbachev: Heaven this past Monday night in Hughes Trigg Chamber. The documentary highlighted an in-depth interview with former USSR president Mikhail Gorbachev and how his views on Russia have changed since his resignation in 1991.

The director, Vitaly Mansky, visited SMU and attended the screening while on a promotion tour for his documentary. During the tour, he visited several Texas universities in collaboration with their Russian programs. Russian Club President Benjamin Feinstein estimates around 35 to 40 people attended the event at SMU.

“I was really happy with the turnout, we filled out the room pretty well and there were a ton of questions and answers at the end,” Feinstein said. “I got the sense that people were really engaged with it.”

At the end of the screening, Mansky took questions from the audience. These topics varied from specific filmmaking techniques like certain questions Mansky asked Gorbachev in the documentary, to thematic issues like how he viewed Gorbachev post-production.

“[Hosting these cultural events helps] give focal points for the local Russian community to organize around,” Feinstein said. “So, participation in wider projects, like hosting this film director on a tour, gives opportunities for all these Russian communities in different cities to work together and stay cohesive.”

SMU’s Russian Club has been leading documentary film festivals and film screenings since 2007.

The club will host two more film screenings for the semester, one tonight and one on Wednesday, March 7. These screenings are in partnership with the 7th International World Languages Film Festival and will both be held in McCord Auditorium at 7 p.m.

The screening tonight will feature the Soviet film Love and Pigeons and the screening in March will showcase Moscow Does Not Believe in Tears.

The last major event they have planned for the semester is a food festival for students to enjoy local Russian cuisine on campus.

“I think it’s especially important right now to provide SMU students with a manner of interacting with Russia and Russian culture and viewing Russia as something other than just the political tensions that we see all the time in the news,” Feinstein said. “So consistently providing free access to cultural events where we bring in interesting people or show cool artifacts, it gives a way for connection to that.”