Less than three months after SMU announced a voluntary resolution agreement on Title IX procedures with the U.S. Department of Education’s Office of Civil Rights in December 2014, the alleged victim in a Sept. 17, 2014 on-campus sexual assault is crying foul on the University’s handling of her case.

The subsequent investigation and Title IX hearing and appeals process found the alleged assailant – or “respondent” as he is referred to in university hearings – a male first-year, not at fault. This final determination was handed down Feb. 12.

It is not The Daily Campus’ policy to publish the names of victims in a sexual assault case. For the purposes of this article, the alleged victim will be referred to with the pseudonym “Jane Smith.”

Title IX, a part of the federal Education Amendments of 1972, protects individuals from “discrimination based on sex in education programs or activities which receive Federal financial assistance.” Investigations and reports of sexual assault crimes on college campuses fall under this umbrella.

According to Jane Smith, the night of the Sept. 17 assault began with a casual text-message conversation between her and her alleged assailant. Smith said she was invited to his room in Crum Commons around 1 a.m. and accepted the invitation.

She says her memory of the night is incomplete and fuzzy, but she remembers the alleged assailant serving her alcohol. Smith gave The Daily Campus a copy of her complaint filed with the SMU Office of Institutional Access and Equity – the office charged with handling Title IX investigations. In that report, Smith stated she remembers kissing him, taking off her clothes and being touched intimately after pushing the male student’s hand away.

“I think I might have been drugged because I didn’t have that much to drink, but I was slurring my words and felt very much out if it,” Smith said in a recent interview.

Smith told The Daily Campus she reported the incident to SMU police the next day around 3 p.m. after discovering prominent, large bruises on her neck in the shape of thumb and palm marks. Smith said prior to reporting the incident, she tried to cover the bruises with concealer and wore a scarf that day to attend class.

“I knew that it wasn’t okay what he did but I felt like it wasn’t valid because I didn’t remember fighting back or screaming,” Smith said recently. “People tend to think that rape has to be a certain way or else it isn’t legitimate or all that bad.”

An SMU Aware email concerning the assault was sent out to students, faculty and staff the same day the incident was reported. Under the Clery Act, SMU is required to “issue timely warnings about…crimes which pose a serious or ongoing threat to students and employees.”

“He [the respondent] could figure out from the email what it was about,” she said. “It potentially gave him time to get rid of evidence before the police could search his room.”

The same point was also made by the victim in a 2012 on-campus sexual assault. The Daily Campus reported in its Sept. 22 article, “Former student sues SMU for mishandling 2012 sexual assault” that the SMU Aware alert in that case notified the alleged assailant that the victim had filed a complaint. The student had received texts and phone calls from his alleged assailant not long after the email was sent. However, unlike the 2012 case, Smith said she did not receive any messages or contact from her alleged assailant.

On Dec. 11, 2014, SMU entered into a voluntary resolution agreement with the OCR. The agreement required the University to take specific steps to come into compliance with Title IX. These steps include reporting to the OCR on SMU’s ongoing implementation of the Task Force on Sexual Misconduct Policies and Procedures recommendations.

According to Smith, SMU police contacted the alleged assailant in her case two days after the incident was reported. The student conduct investigation began two weeks after the initial report.

The alleged assailant in Smith’s case was contacted for this article, but declined to comment on the case or subsequent investigation. Additionally, the SMU Office of Institutional Access and Equity (IAE), under which Title IX Coordinator Samantha Thomas works, will not discuss specific cases.

“IAE treats all information in a highly confidential manner,” Thomas said via email, “but shares on a need-to-know basis.”

Therefore, the details of the Title IX investigation, hearing and appeals process are based only in Smith’s recollections and comments.

As a part of the investigation under Title IX, the respondent’s testimony and his roommate’s were taken. According to Smith, she gave her own testimony and had two witnesses – one that saw her the night of the alleged rape and one that saw her the day after. Additionally, two police officers were interviewed to discuss the pictures of Smith’s injuries taken at Texas Presbyterian Hospital. These were taken along with her rape kit during the medical examination Sept. 18.

The Title IX investigation lasted almost two months and found the respondent not at fault.

“SMU takes each report of sexual assault very seriously and follows its procedures, in accordance with the federal law, Title IX, state law and University policy,” Thomas said in a recent prepared statement.

“We recognize that these cases are difficult and complex, and can have significant consequences for all involved. We have a responsibility to protect students to provide care and resources to victims, and tot hold violators accountable. We also must provide a fair and equitable process to all students.”

After the completion of the investigation, both parties have the right to request a hearing before the University Conduct Board (UCB). The UCB will hear the case and then determine responsibility and possible sanctions. Smith said she requested such a hearing.

According to Evelyn Ashley, director of Student Conduct & Community Standards and assistant dean of Student Life, the Office of Student Conduct & Community Standards must be provided with a list of witnesses and information that the complainant or respondent wishes to include in the hearing within three business days of the hearing date. Within two business days of the hearing, these documents along with a list of witnesses and their anticipated testimony at the hearing will be sent to both parties. The chair of the board permits the introduction of any relevant testimony and documents.

The hearing panel was comprised of “individuals selected from the pool of faculty, staff, and student University Conduct Board members,” according to the Student Code of Conduct.

The hearing was held via Skype. Smith and her alleged assailant were not in the same room. Smith had her testimony and her two witnesses, while, according to Smith, the respondent had his own testimony and no witnesses. During the hearing, the testimonies collected during the investigation were presented and each party gave their own statements.

“He radically changed his story at the hearing,” Smith said. “In his original testimony, he said that he did serve me alcohol and everything I alleged had happened did happen, but that it was consensual. At the hearing, he said that neither of us had alcohol, we were sober, and nothing of a sexual nature occurred.”

Smith gave her side of what had happened that night. At the hearing, Smith’s two witnesses stated that she did not appear lucid and could not have given consent.

The UCB deliberated on the case after the hearing and found the respondent not at fault. No sanctions or punishments were given.

After the UCB hearing, both parties once again have the right to have the case reviewed by the University Conduct Council. Smith said she requested such a review.

According to the Student Code of Conduct, the UCC is “composed of at least two staff, two faculty, three students (ideally two undergraduates and one graduate student), and two student alternates.”

“If the appeal to the UCC is approved by the Dean of Students, the UCC will review the matter and make a recommendation to the Vice President for Student Affairs, who will render a final determination,” Thomas said in a recent prepared statement.

Once again, the UCC and the Vice President for Student Affairs Lori White found the respondent not at fault. This was the final determination of the Title IX process.

White was contacted about this case, but she could not comment due to federal privacy laws that protect student cases.

Because the UCC is accountable to the president of the university, only SMU President R. Gerald Turner can change this ruling. Smith said she plans to contact him regarding this matter.

According to Ashley, the Board uses the standard of “preponderance of the evidence.” This is true of most civil cases. During any criminal trial, a much higher standard of “beyond a reasonable doubt” is used in deciding a case.

“I’m carrying 100 percent of the burden in proving his [the respondent’s] guilt in this case, and he’s just going through school as a normal college student while my entire life is dictated by this case,” Smith said.

The criminal investigation and charges are a separate avenue from the Title IX investigation and SMU conduct hearings. Smith is pursing criminal charges against her alleged assailant, but the case is at a standstill until her rape kit can be tested. Under Texas law, sexual assault evidence must be submitted “to a public accredited crime laboratory for analysis not later than the 30th day after the date on which that evidence was received.” So far, Smith said she has not heard any word on the progress of testing her rape kit.

While the case has reached a verdict under Title IX, it is still an open criminal investigation, and as such, SMU PD cannot comment on the investigation proceedings.

“If a student decides to press criminal charges, SMU police determine after their investigation what criminal charges to file,” Shafer said. “Once charges are filed, SMU police present the case to the District Attorney’s Office. In the case of a felony, such as a sexual assault, the District Attorney’s Office determines whether to present the case to a grand jury to obtain an indictment and proceed with a trial.”

“We cannot share information about any case that could jeopardize an ongoing criminal investigation,” Thomas said in a recent prepared statement. “SMU is also obligated by federal law to protect students’ privacy and confidentiality, which further restricts what can be made public.”

Posted on March 26th, 2015 by Lauren Aguirre
ShareTweetShare on Google+Pin on PinterestSend with WhatsApp
9 recommended 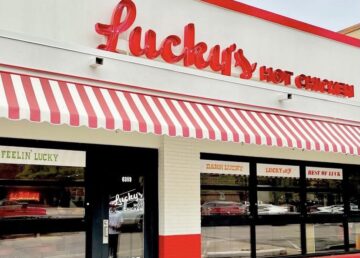