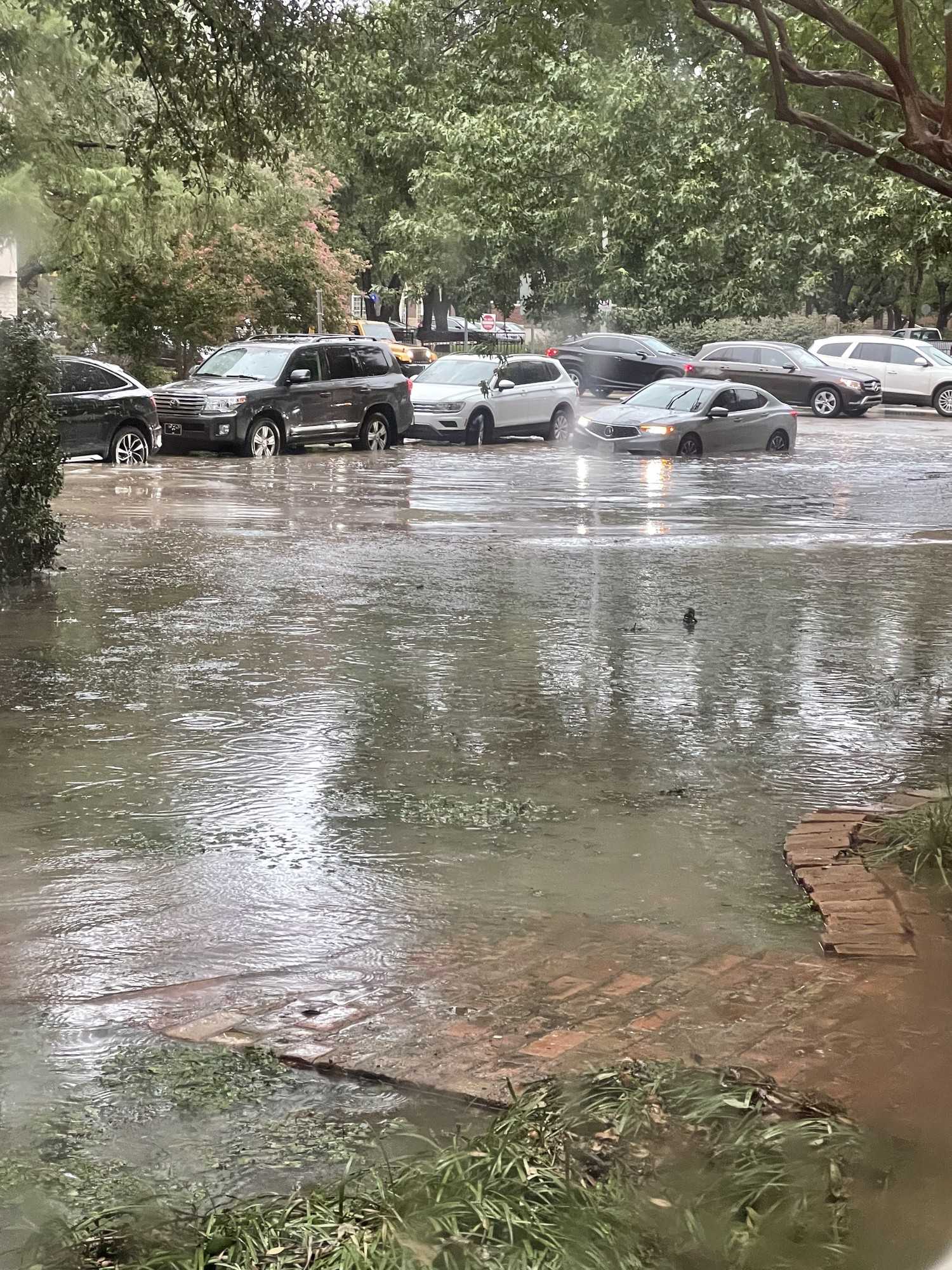 DALLAS – Residential Commons and buildings across Southern Methodist University experienced ceiling leaks and flooding earlier after severe storms hit the area during the first days of the fall semester.

McElvaney Commons was one of a few on-campus dormitories that faced severe ceiling leaks and flooding.

Residential Assistant for McElvaney Commons, Julian DiBona received student reports of rain seeping into dorm rooms and water flooding from the ceilings in the bathrooms.

“It honestly felt like one bad thing led to another,” Dibona said. “I honestly think we as a commons were more so surprised with the weather as opposed to scared.”

DiBona, along with other residential assistants, urgently communicated via slack channels and text messages to students living in on-campus housing to ensure everyone’s safety.

“Communication really was key here,” Dibona said. “I hadn’t seen it come down with that type of intensity for a while, so it felt a bit surreal in the moment.”

The storm not only affected residents on and near the SMU campus but also affected commuters and students living off campus.

Miller Boyd, who lives 30 minutes away from the SMU campus, was planning on leaving his apartment to study on campus when he experienced a power outage.

Boyd was unable to complete his assignments due to hail in his area and ultimately chose not to drive to SMU due to safety concerns.

“I was just cleaning my apartment when I started to hear a banging noise,” Boyd said. “I thought someone was at my front door. Turned out hail was just slamming my windows.”

Although no students on campus reported being affected by hail, some were shocked to see cars submerged in water due to severe flooding in areas by Meadows Museum and Perkins School of Theology.

David Hudson, a resident at Martin Hall, was biking on campus during the time of the storm.

“I’ve been here at SMU for a while, but it has never rained this hard. I never would have guessed that the Boulevard could flood that bad,” Hudson said. “There were so many fire truck and police sirens going off in the distance, it was chaos.”