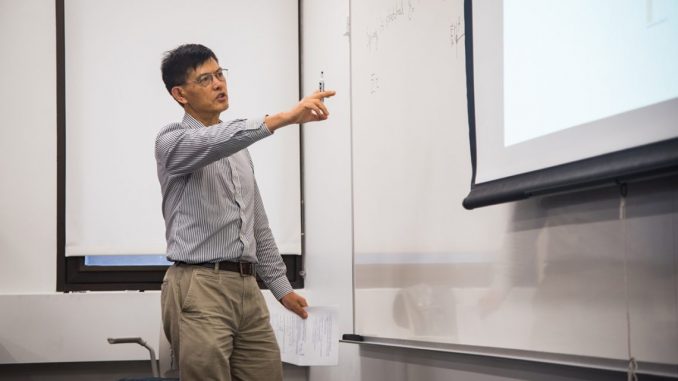 The SMU Association of Asian and Pacific American Scholars & Allies (AAPASA) signed on to an amicus brief from Asian Americans Advancing Justice (AAJC) and the AAJC Law Caucus Monday, Feb. 14 denouncing the FBI for their hostile and racially-motivated treatment of Chinese-born professors like Dr. Xiaoxing Xi, a professor of physics at Temple University.

In 2015, the FBI broke into Xi’s home, held his family at gunpoint, and tore through his belongings. Xi was accused of illegally selling trade secrets to China, and was threatened with 80 years in prison and a $1 million fine.

Later that same year, however, he was declared innocent later after the FBI realized they had misinterpreted his research and his connections to China. Despite the damage done to Xi’s job, reputation, and family, the FBI refused to pay damages.

“Xi’s case is an example, among many, of the Government’s longstanding discriminatory targeting and surveillance of Asian-American and immigrant scientists and researchers,” the brief reads. “[We] urge the Court…to consider the widespread prevalence of racial discrimination and profiling against Asian-Americans, and particularly of Chinese-American scientists and academics during the last decade.”

Dr. Xi’s situation is not isolated, according to the brief SMU’s AAPASA members. The brief mentions over 100 more cases of Asian professors in the U.S. who have been unfairly targeting by federal anti-espionage initiatives that serve as the underpinnings for growing anti-Chinese and anti-Asian sentiment nationwide.

“We refuse to be silent,” says Dr. Peng Tao, professor of Chemistry at SMU and the Chair of AAPASA. “I cannot control other people, but staying silent is the worst thing that I can do to myself.”

More recently in 2018, Attorney General Jeff Sessions announced a new project known as the “China Initiative.” The China Initiative’s goal was to crack down on Chinese espionage in the U.S., but SMU Law Professor Leo Yu says it has become clear over the past few years that its purpose has been clouded by racial bias.

“This law is a reflection of the geopolitical tensions between China and America, but it also feeds the rhetoric of ‘we can’t trust the Chinese’ and ‘China equals bad,’” Yu said. “They’re using this anti-espionage rhetoric as an excuse to racially profile Chinese professors. The FBI’s agenda is to target Chinese people. That’s how they think they’re going to solve their problem of espionage.”

Since 2018, 77 anti-espionage cases have been filed under the China Initiative. While 90% of the defendants are of Chinese descent, only 25% of the cases are related to anti-espionage. In fact, all of the cases involving Chinese professors had nothing to do with espionage; most were research integrity cases or visa violations, according to Yu.

“[The FBI] is using smaller offenses to try and convict professors of the greater offense of espionage,” Yu said. “It’s clear that [The China Initiative] has become about race, not about people’s connections with China.”

One of the only people successfully convicted of espionage through the China Initiative is Elliott Broidy, the former Finance Chairman of the Republican National Committee according to Yu.

Dr. Tao says that the fear instilled by the laws harms the current and future careers of Asian professors and students.

“I fear that if I make even a simple error, I could be arrested, prosecuted, convicted, and expelled,” Tao said. “[The China Initiative] has created intrinsic and irreparable damage to freedom in academia. It gives Asian students the impression that they are second to others and the government can treat them any way they want.”

Yu and Tao say that the China Initiative is more likely to alienate Asian and Asian-American academics from the U.S. than secure their loyalties.

“More and more Chinese scientists that got their PhD here and are working in American universities are having second thoughts about their future in America, and that’s why they’re returning to China,” Dr. Yu said. “You force talents out of the country.”

Yu also said that the laws’ discriminatory consequences will likely cause even second-generation Asian-Americans to have “second-thoughts” about their future in the U.S.