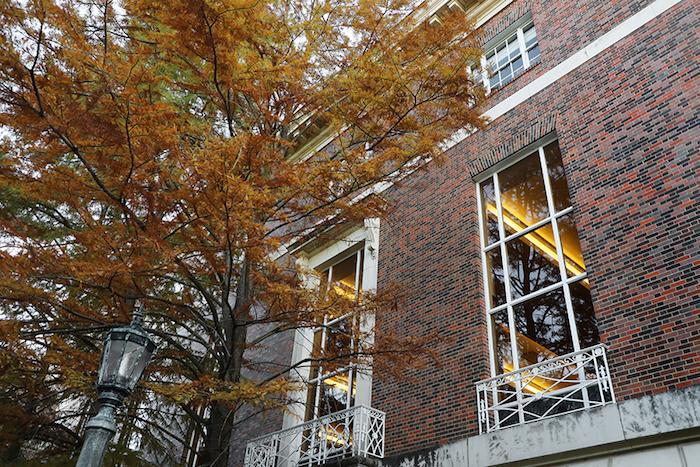 SMU is under scrutiny again for its handling of Title IX cases this week. A federal lawsuit alleges SMU failed to carry out a proper investigation into a reported sexual assault involving a football player last year. The suit claims the university was not compliant with its own Title IX policies, which is something other students have claimed in recent years.

The lawsuit, which was first reported by The Dallas Morning News, states the alleged sexual assault occurred on Aug. 24, 2019 between a student and a current SMU offensive lineman in an on-campus dorm. The alleged assailant was described as 6-foot-4 and 335 pounds, per the lawsuit.

There is no sexual assault incident listed on the public SMU crime log for August 24 of last year, however a Title IX incident is reported to have occurred August 25 in Ware Residential Commons. The incident was officially reported to a campus security official a month later on Sept. 13, according to the log.

SMU officials say they cannot confirm if the case in the suit is the same one recorded in the crime log.

According to the lawsuit, the University dropped the investigation last year after finding “insufficient evidence”. Meanwhile, the victim continued to live in the same residence building as her alleged assailant. The football player reportedly harassed the victim online and in-person with other teammates in the months following the alleged assault.

Jack Davis, a senior at SMU, has made similar allegations against the university’s Title IX process. He claims SMU consistently mishandled his own case, and repeatedly broke their own policies.

“Not only did the Title IX Office not handle my case all summer long because of a staffing change, they took longer than their deadline to come up with a decision. Perhaps worst of all, RLSH still expected me to live in the same building and work with the person who assaulted me,” Davis told The Daily Campus last year.

Davis was outspoken about his experience, and is currently leading a campus effort to reform the process. Last year, he worked to pass Student Senate legislation that would review the university’s Title IX policies through an ad hoc student committee.

“I’m not surprised. And that really disappoints me,” Davis said of the case detailed in the lawsuit. “I’ve said this in the past, you know, I’m probably not the first and I’m definitely not the last, and here you go.”

Davis was shocked to hear the similarities between his own experiences and the case described in the lawsuit. “When you are dealing with this kind of situation, it has to be dealt with properly. There is no room for error in this,” he said.

He thinks the university needs to immediately readdress its housing policies, and hopes to use the new student committee to push for changes.

“I think that if you have been sexually assaulted, and you report it, and you go through the proper channels, you should be granted a housing exemption. Period. The end.”

In a statement, SMU said, “The University does not discuss pending litigation, and any responses will be filed with the court.”