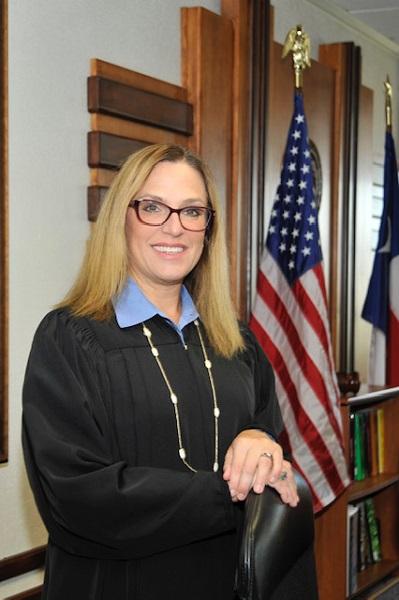 When 201st District Judge Amy Clark Meachum first stepped foot in SMU, she saw a beautiful campus and the football team her father loved. When she first sat in Dr. Joseph Kobylka’s Introduction to Political Science class, she awed at the role of courts in American democracy and their impact on society.

When Meachum joined The Daily Campus newspaper, she saw firsthand the power of journalism and its fast-paced dispersal of information. What the SMU and Daily Campus alum didn’t see, was that she would one day run to be the first woman ever elected Chief Justice of the Texas Supreme Court.

“It is slightly sad perhaps that our society, in 2020, we’re having to make a first,” Meachum said. “The good news is that the world is changing and now that we’ve done this, it won’t be so revolutionary the next time.”

“I’m so thankful for the experience of running for the highest seat on the highest court and the millions of voters who cast their votes for our campaign for change,” Meachum said. “I congratulate the Chief Justice on his victory and wish him all the best in his continued service in our state.”

Growing up in Lorena, Texas, with a population of under 1,691 residents, Meachum did not think her future would involve becoming a lawyer or politician. As a child, she did not see many lawyers or judges, much less female ones.

“Female judges are relatively new,” Meachum said. “A lot of it was just good fortune. I was in the right place at the right time when I ran eleven years ago.”

Meachum majored in political science and journalism during her time at SMU. She was heavily involved with student media and served as the Editor-in-Chief of The Daily Campus.

Meachum still values journalism and its role in politics despite not pursuing it professionally.

“I understand what an important institution it is, especially now, in the midst of where we’re living these days—where fiction is so much a part of our lives. We really need the media to report facts,” Meachum said.

Historically, both journalism and law have been male-dominated fields. While there are now more equal proportions of men and women starting in these industries, women are still underrepresented at higher echelons.

According to the American Society of News Editors, women hold 60% of journalism degrees yet they compose 41.8% of all newsroom manager positions. Similarly, while women constitute 50.1% of law school graduates, the amount of women at the top ranks of law firms is still less than 20%, according to a survey by Law360. Despite this, Meachum rose to leadership positions both during her time as a student journalist and as she entered the field of law.

“You’re not waking up and thinking, ‘What am I going to do for my gender today, to advance my gender forward?’ You’re just trying to do the best job you can do on any given day,” Meachum said. “That’s what I’ve always tried to do.”

Meachum said she thinks a big step in making professions more diverse and inclusive is to have discussions about making them healthier and more well-rounded overall.

Citing high burnout rates and the prevalence of mental health issues in the legal society, she advocates for a more balanced lifestyle that isn’t dominated by the work day for both men and women.

“I think it’s important that we don’t say to every woman who comes after us, ‘Well, what you have to do is just like a man did it, because that’s what I did and I had to be a man to make it in a man’s world,’” Meachum said. “We have to figure out ways to change the world a little bit.”