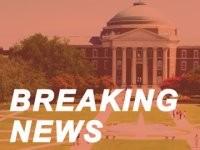 The Beta Lambda chapter of the Kappa Alpha Order fraternity has been suspended by the university.

In a letter obtained by The Daily Campus that was sent out to parents of the fraternity members Oct. 4, SMU detailed reports of hazing that occurred during pledgeship in the spring.

The fraternity is suspended until fall 2021, and can begin recruitment of first-years starting in spring 2022.

This suspension was made in agreement with the national fraternity, the letter says.

Members living in the KA house must be moved out by Saturday. Sophomores in the house are being required to find alternative on-campus living to fulfill the two-year living requirement.

This is the second fraternity to be kicked off campus in two years. The Lambda Chi Alpha chapter on campus was kicked off in March 2016 by the national fraternity, and can return in 2021.

The chapter was also kicked off campus in 2009 when it violated terms of deferred suspension. It was able to return in 2011.

The letter sent to parents says that the suspension comes after an investigation by the Office of Student Conduct and Community Standards.

This is a breaking news story. The Daily Campus will continue to update as more information becomes available.