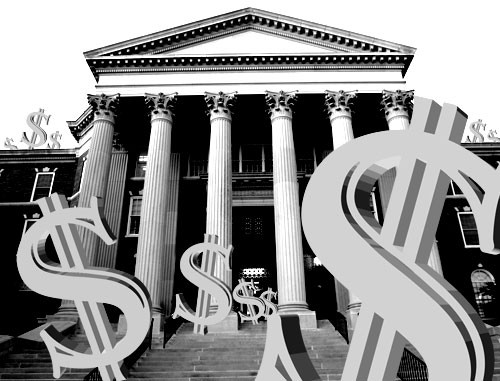 SMU’s endowment passed the $1 billion mark for the first time in the university’s history at the conclusion of the 2005 fiscal year. The endowment now stands at $1,008,505,000.

“One billion is just a number, but it’s nice to pass that – it’s always better to be going up,” said university treasurer Liz Williams.

SMU was one of nine schools to pass the billion dollar mark, and the number of U.S. colleges with endowments topping $1 billion has jumped to 56, according to a study conducted by the National Association of College and University Business Officers.

The NACUBO surveyed 746 institutions for the study. It found that those institutions earned a median of 9.3 percent on their investments in the year ending June 30, compared to 15.1 percent in fiscal 2004 and 3 percent in 2003.

Williams says SMU has a spending policy so the university can plan how much it should use of the endowment. The formula means that SMU spends “4.5 Ã¢€” 5.5 of our market value each year with the expectation that we make a return of more than that,” Williams said. Anything over the cost is reinvested into the endowment.

The endowment supports 14 to 15 percent of SMU’s overall costs per year.

“It’s an important source for the operating budget – but it’s neither the largest or only funds used,” Williams said.

Williams credits good market performance over the past two years and a broadly diversified set of investments for the growth in the endowment. SMU’s investments include U.S. and international stocks, U.S. Bonds, real estate, and oil and gas.

Williams says that it’s important to remember that the endowment is constantly fluctuating.

Williams says that more complicated investments require more work to understand and to investigate, and with larger funds SMU can afford to have more dedicated staff.

Williams says the endowment can help the university “grow in quality and stature, as well as other ways.”

The University of Toronto became the first Canadian institution to amass $1 billion in American dollars. Oxford and Cambridge Universities in England are believed to be the only other non-U.S. schools with endowments that size.