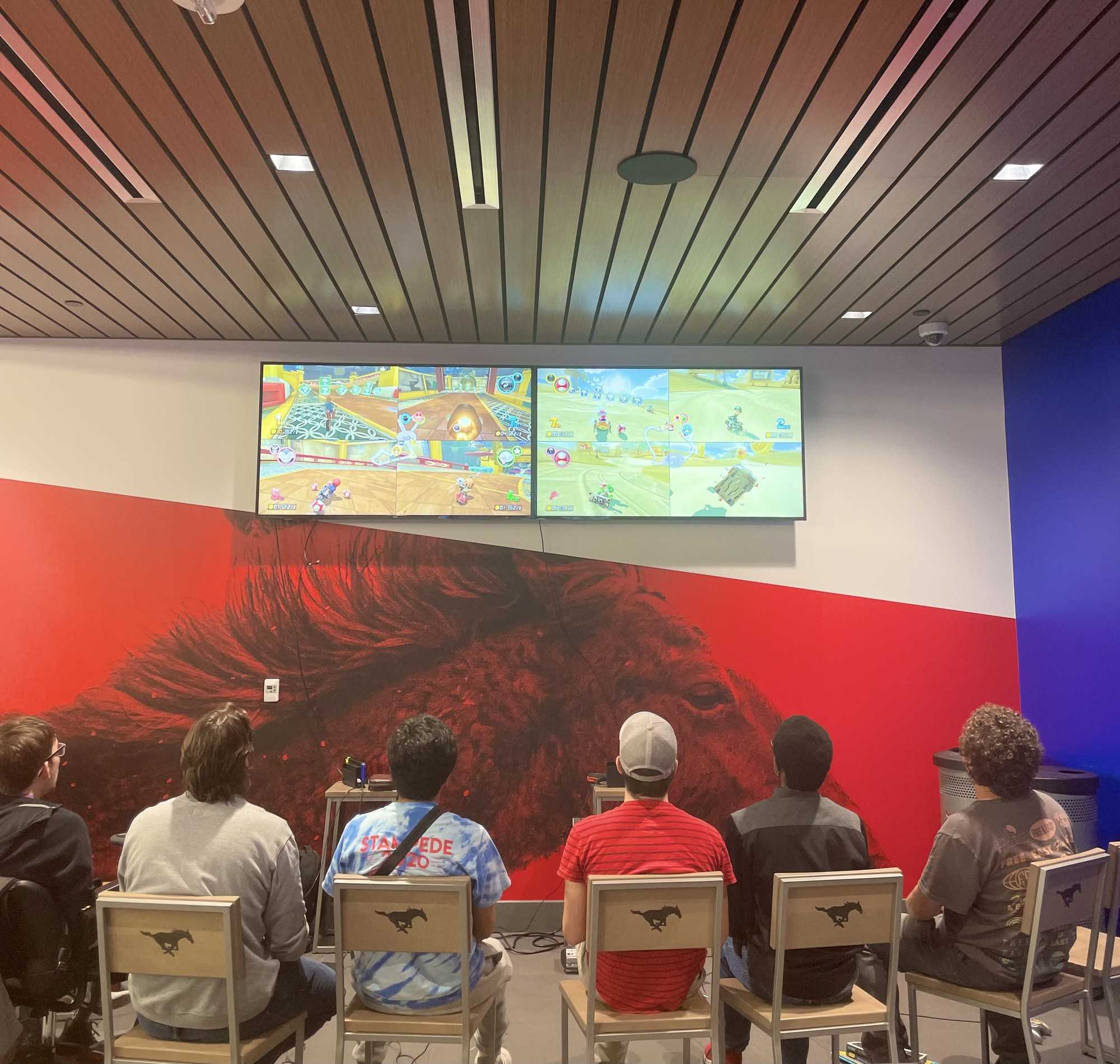 FOCUS is an SMU Christian organization that meets every Thursday nights for worship, fellowship and teaching at the Canterbury House but wanted to show new and prospective members they had a more social side, too.

“We thought we needed to get out into the community and meet people and we think this is going to be a really good opportunity to tell them what we’re doing,” said Jonathan Atkinson, student leader of FOCUS.

It seemed to work. Roughly 30 members attended Wednesday’s get-together in the varsity room of Hughes-Trigg where four televisions lined the room, and students huddled around various players.

Others played Mario Kart, racing around the daunting rainbow road course. Just as the suspenseful music started to pick up notifying players it was their last lap around the track, friendly conversation around the room among students continued. It’s the kind of camaraderie that happens in FOCUS, said Jorden Judson, a sophomore member.

Members of FOCUS are put into groups called cores, so groups can meet in a smaller, more intimate setting throughout the week to talk, pray and read the Bible together.

“It’s kind of corny, but cores are pretty much the core of our ministry,” said Atkinson. “There are weekly meetings where we pretty much talk about the Bible and things going on in life,” Atkinson said.

Judson also said FOCUS is an outlet to build relationships with any individuals who might consider themselves Christian and anyone who is unsure is always welcome.

“It’s a really good way to make close friends that share the same beliefs as you,” he said.

In 2016, FOCUS was registered as an official student organization on campus. FOCUS serves a larger community throughout areas in Dallas, Denton and Arlington. They see themselves as a global and historical community of people devoted to Jesus.

FOCUS encourages students with doubts and questions about their faith.

“What made me join FOCUS is the community,” said Atkinson. “We’re a community of so many beliefs and different people which makes FOCUS so special.”

For more information about FOCUS and their event calendar, visit their website.