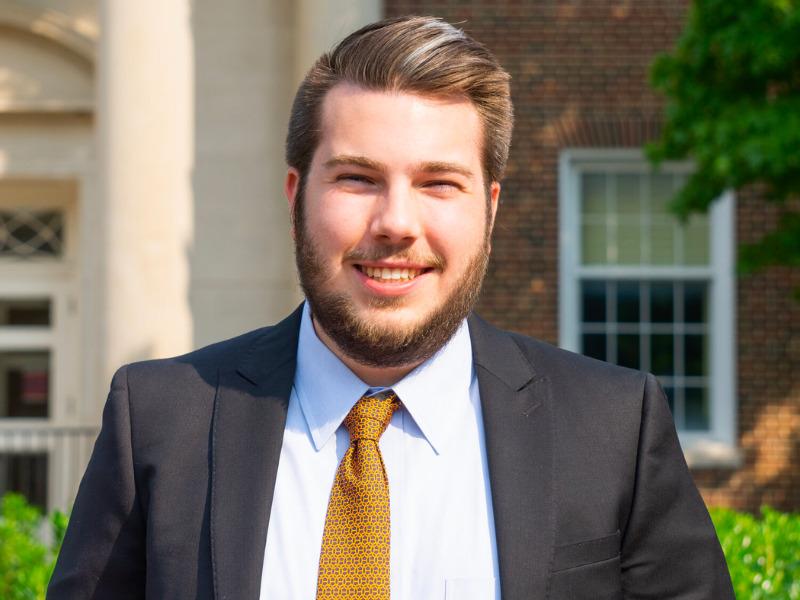 SMU Alumnus Julian LaNeve won $100,000 from the 2021 Data Open Championship in December, alongside teammates from Duke and UC Berkeley.

Sponsored by Citadel LLC and Citadel Securities in partnership with Correlation One, the Data Open Championship is the largest and most prestigious university-level data science competition in the world. During the week-long competition, participants team up to work through a dataset and present their findings to a panel of judges.

While the championship is typically held at the New York Stock Exchange, risks and restrictions from COVID-19 forced the 6,000 participants to gather through Zoom.

Although the competition was completely virtual, LaNeve and his teammates chose to meet at Duke’s campus to work on the project in person.

“When you have $100,000 on the line, your motivation’s a little bit different,” LaNeve said. “For the first two or three days, we were just tossing out different ideas. We wanted to land on a good idea before we put in all the effort to pull in data and put together statistical models to try to measure things.”

It wasn’t until Thursday night that the team finally settled on the topic that they ended up choosing.

“It took probably like three days to come up with the idea and three days to actually execute it,” LaNeve said. “And then a day to fully sit down and write the paper.”

The team’s report examined the consequences of the U.S. joining the Basel Convention, an international treaty reducing the trade of hazardous waste between nations. They concluded that the U.S. joining would only increase the pressure on less developed countries, resulting in the mismanagement of plastic waste and a higher concentration of this waste in the global plastic pollution pool.

“It was very contrarian,” LaNeve said. “You don’t find a lot of people saying that the U.S. should not join.”

One of the main reasons for the team’s success was each team member’s varying experiences and ability to play to their strengths.

The team consisted of Julian LaNeve, a recent graduate from SMU with degrees in Finance, Math, and Statistics; Dmitry Silantyev, a Master of Financial Engineering student at UC Berkeley; and David Buch and Jennifer Kampe, both Ph.D. students in Statistical Science at Duke.

Buch and Kampe worked on creating the statistical models, Silantyev conducted research and proposed the idea to study the Basel Convention, and LaNeve pulled in the data and tested every hypothesis.

Although LaNeve was the only undergraduate student on his team, he didn’t feel out of his depth because of everyone’s different specialties.

“There are some things that are natural for me to not be as good at, like some of the advanced statistical modeling,” LaNeve said. “But on the other hand, with the data engineering, data sourcing, pulling together data sets, and coding, I was definitely much stronger.”

Since graduation, LaNeve has been working full-time as a product manager for Astronomer, a data engineering company. While he has enjoyed participating in different data science competitions across the nation, he said it’s now harder to find competitions post-graduation.

“I definitely still enjoy doing competitions and if a fun one comes up, I’ll definitely pursue it,” LaNeve said. “But right now, work is keeping me pretty busy, which I like.”