Representatives from several renowned universities such as Purdue and Cornell claimed seats in the Hughes-Trigg Ballroom East/Central on Oct. 16 – some attendees with Starbucks in hands and others speaking with colleagues. By the time 9 a.m. approached, the muffled chatter in the room decreased as the attendees came to focus on the reason why they were at SMU: to host a forum on the residential commons system. 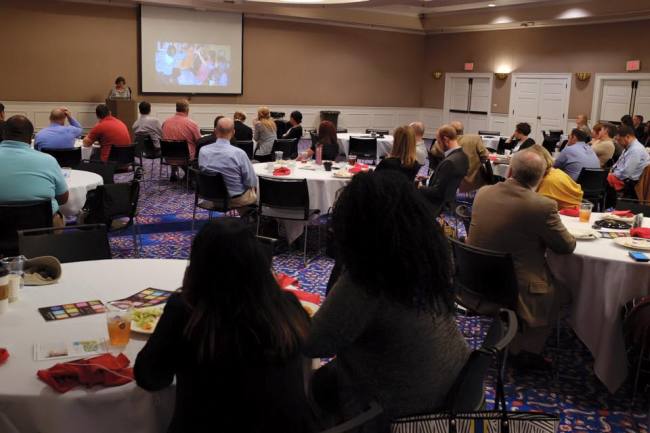 This year from Oct. 16 to Oct. 18, SMU hosted the 2nd Annual Residential College Symposium despite only implementing its own Commons system last year. SMU welcomed 105 attendees from 25 different schools, including the University of Macau in China, Baylor University, Washington University in St. Louis, and others.

The event kicked off with opening keynote speaker Shanti Parikh, a faculty fellow at the Thomas Eliot Residential College at Washington University in St. Louis.

Move away from "programs" to "platforms of transformation" that demonstrate a particular way to engage -Dr. Shanti Parikh October 16, 2015

Chalene Helmuth, faculty head of Sutherland House in the Martha Rivers Ingram Commons at Vanderbilt, then wrapped up the symposium with the closing keynote.

The rest of the symposium offered different sessions for attendees to choose from, varying from Experiential Learning in the Residential Colleges of the University of Macau, to sessions that studied current research on residential commons. 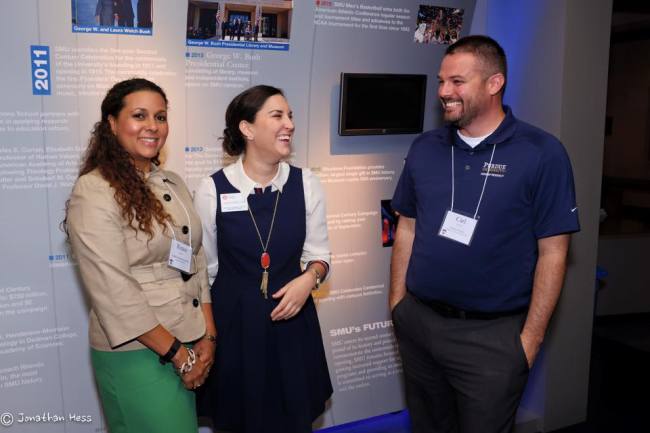 “This year we had several sessions focusing on the research people are doing, including research here at SMU,” said Jennifer Post, director of Residential Life. “Those researchers were able to connect and may be able to collaborate on future projects, so that was an exciting outcome.”

During the weekend, SMU also hosted a showcase where different universities provided information about how the Commons system operates on their campus.

On the first night of the symposium, SMU Resident Assistants volunteered to lead tours of several Commons. Throughout the tours, the RA’s explained the different traditions of each Commons as well as how interaction between the Faculty-in-Residence and the Residential Community Directors function at SMU.

While some of the universities that attended the symposium already have residential commons in practice, a few representatives came to observe and consider adopting the system at their own universities. For these members, SMU held a Pre-Institute session on Oct. 15 that focused on offering direction in initiating a residential college.

SMU has brainstormed and planned for this symposium since finishing last year’s symposium. The university formed a campus committee to handle the details at SMU while Michelle Madsen, the residential community director of Virginia-Snyder, handled the national programming committee. Next year, the event is planned to take place at Vanderbilt.

“I think we need even more time to talk and share ideas,” said Post. “One of the great things about this model is we get a chance to see other campuses first hand and how they operate.”