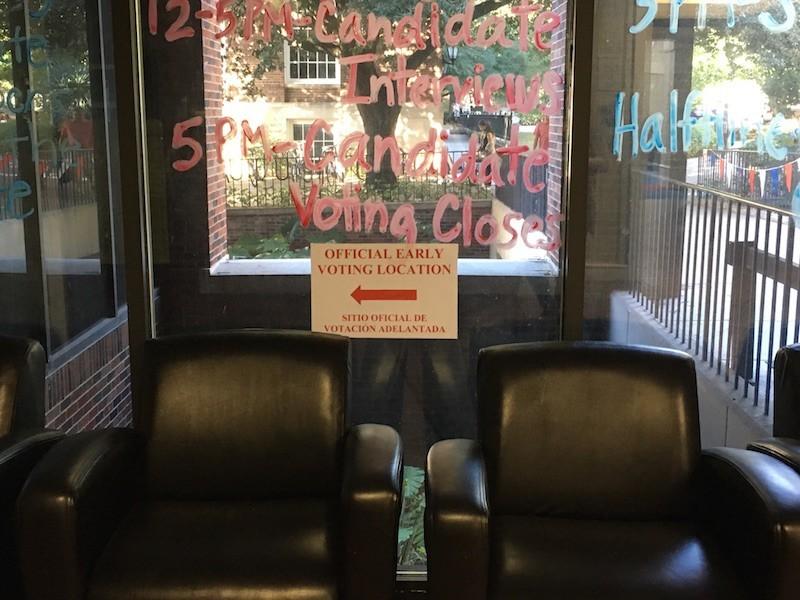 Early voting for Dallas County residents began Monday morning and will continue to Tuesday, Nov. 1 in Hughes-Trigg Student Center from 7 a.m. to 7 p.m.

With few people in line and multiple voting stations, voting was made easy on Monday morning.

It's #Halloween & #earlyvoting voting has opened .@SMU HT. If you haven't already cast your ballot, today is a good day! @SMUTV #txdecides pic.twitter.com/w6TtuiYxVk

The SMU Daily Campus conducted conducted a Facebook Live to ask voters what they thought of this highly talked about election.

Some voters were reluctant to be interviewed; however, some the people we spoke were enthusiastic about exercising their right as an American citizen.

One of our interviewees even disclosed who he voted for as president.

Voters varied from students, faculty to locals. Former NFL player Troy Aikman even made an appearance.

While voting @SMU, I ran into a @dallascowboys #legend @TroyAikman! Sometimes when you do what’s right, life may reward you back a little pic.twitter.com/DfAXWY8DS2