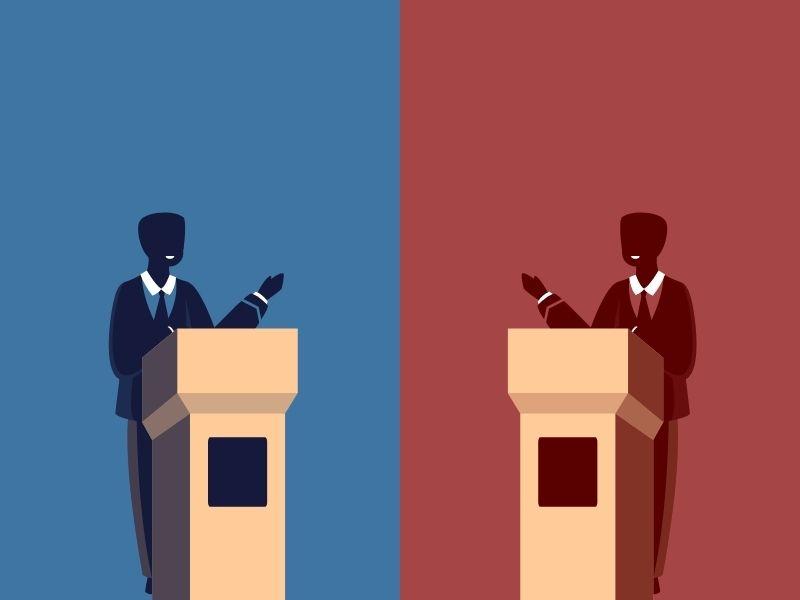 Students, professors and Dallas residents gathered both in-person and virtually to watch the final presidential debate at the third watch-party hosted by SMU Debate and SMU Libraries on Thursday, Oct. 22. The presidential candidates, Donald Trump and Joe Biden, discussed the pandemic and vaccine efforts, health care, and foreign interference in US elections.

The night started with a pre-debate lecture from Dr. Ben Voth, Director of Debate and Associate Professor in Communication and Rhetoric. The debate was then live-streamed and followed by a post-debate discussion.

Biden and Trump discussed a variety of topics presented by moderator Kristen Welker from NBC. Social distancing was enforced at the debate and the candidate’s microphones were muted at times. Other topics discussed include the shut down of the economy due to the coronavirus and the separation of children from their parents at the border.

Dr. Voth said he was pleased by this debate and presented a much greater opportunity to learn from the candidates. Voth also said that he personally thinks Trump’s performance was better by a small margin.

“I think the debate probably helped Trump a little bit more than Biden, but Biden also had a strong performance,” Dr. Voth said.

SMU sophomore Macy Mae Cowart said she attended the watch party because she has been looking for any opportunity to widen her perspective.