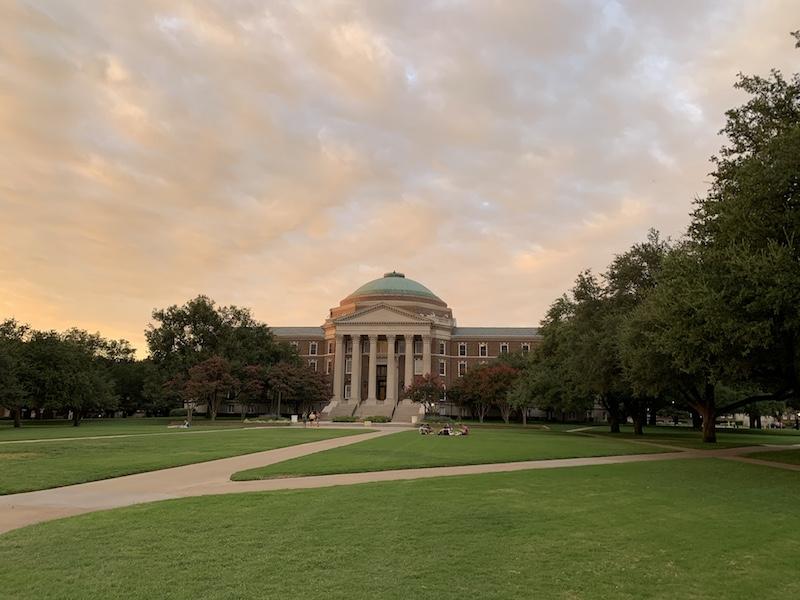 The series, advertised as “e-Lectures,” addresses different aspects of the election and is co-sponsored by the Center for Presidential History at SMU.

Over 300 guests registered for the online e-Lecture, including more than 90 SMU alumni. The webinar format features video feeds from speakers and their screen sharing, with capabilities for audience members to send questions.

The event included two presentations, one from professor Sam Martin of SMU’s Division of Corporate Communication & Public Affairs and one from Jennifer Mercieca of Texas A&M University.

Mercieca’s talk focused on President Trump’s resemblance to classical demagogues while Martin’s explored Evangelical perspectives on politics. In both cases, the speakers touched on the idea of political responsibility in regards to candidates and voters.

Mercieca’s opening lecture spotlighted her new book, “Demagogue for President: The Rhetorical Genius of Donald Trump.” She started writing on the topic of Trump as a demagogue while working with The New York Times and eventually expanded her analysis into her book.

“The central issue I’ve tried to raise is about how Trump uses language and whether or not that language use is good for democracy,” Mercieca said.

Martin’s own lecture in turn revolved around research for her book, “Decoding the Digital Church: Evangelical Storytelling and the Election of Donald J. Trump.”

Much of her research was aimed at Evangelical voting patterns and why many supported Donald Trump in his 2016 campaign for the presidency.

“The slip . . . to saying that you are not responsible for the effects that your political participation has on marginal and vulnerable constituencies . . . is where there are conversations to be had with these voters,” Martin said. “Because that new rhetoric that allows them to look away is where the confusion is.”

The series continues later this month with two more virtual webinars relating to the presidential election.

Both events can be reached through a virtual registration on the SMU Meadows events calendar and feature new speakers to add to the conversation, as well as Q&A sections moderated by Professor Martin.

Dr. Karrin Vasby Anderson of Colorado State University will speak at the next webinar on October 12th. Her topic is “Gender and the (Vice) Presidency: Cracking the Oval Office Ceiling.” The event is especially timely as it will take place following the Vice Presidential Debate between Mike Pence and Kamala Harris scheduled for Wednesday night. Anderson is expected to discuss the debate and its pertinence to her research.

The final Politics After Dark event will take place on Monday, October 19th. Dr. Allison Prasch of the University of Wisconsin-Madison will present on “(Un)Norming the Presidency: Republicans, Democrats, and the Paradox of Donald Trump.” The discussion on party politics will be the final presentation and takes place roughly two weeks before election day.