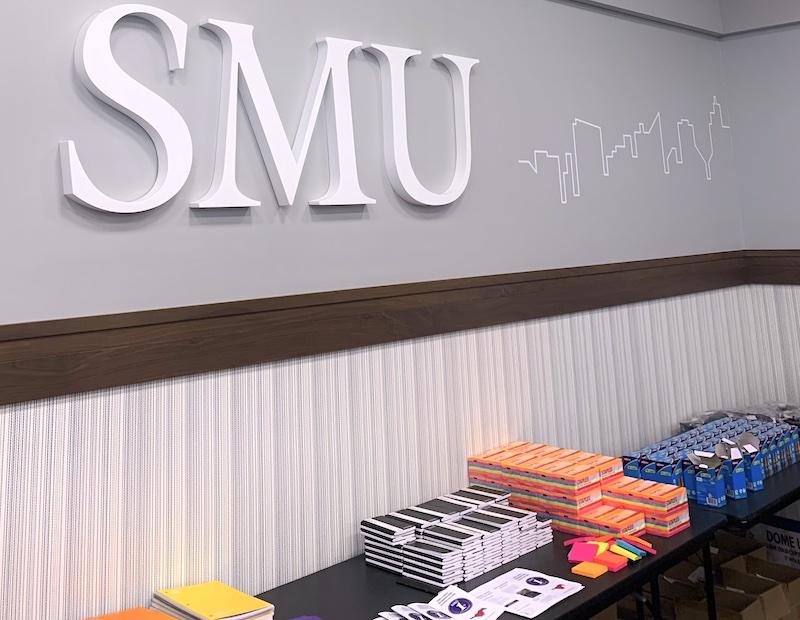 Sounds of chatter and excitement filled the normally quiet downstairs ballroom in the Hughes-Trigg Student Center Monday, as first-generation students lined up to receive free school supplies and a catered meal.

Members on the leadership team of the First Generation Association guided students in and out of the room as students grabbed notebooks, pens and sticky notes in every color of the rainbow.

“We want to foster some inclusivity for the students around campus considering that they don’t have the same advantages as their peers,” Dominguez said. “They don’t know as much about the college experience, as others do.”

The organization’s treasurer, sophomore Vash Silvaz said that they had enough supplies for 150 students this year. Sandwiches from La Madeline and protein bites from Rush Bowls were also provided to the 105 students who attended.

“We put in a funding request for the Student Senate and they paid for all of the supplies here. We are really appreciative,” Silvaz said.

A first-generation college student is defined as a someone whose parents have not completed college or obtained a four-year university degree.

Melissa Serrano, a senior student, and member of the First Generation Association said she is the first member of her family to go to college.

“It was cool to find a community that has similar experiences as me,” Serrano said.

The First Generation Association also provides on-campus resources such as the Academic Center for Excellence (ACE) which provides free printing and tutoring for first-generation students all year round.

Serrano said the organization has helped her navigate being a student at SMU.

“It’s difficult [being a student at SMU] because sometimes you don’t know what you’re supposed to and not having someone in your family to talk to to figure things out is a little hard,” Serrano said. “But you know, when you find people that can help you, I’ve realized it’s okay.”

To get involved and to learn more about First Generation Association at SMU, visit their Instagram account.