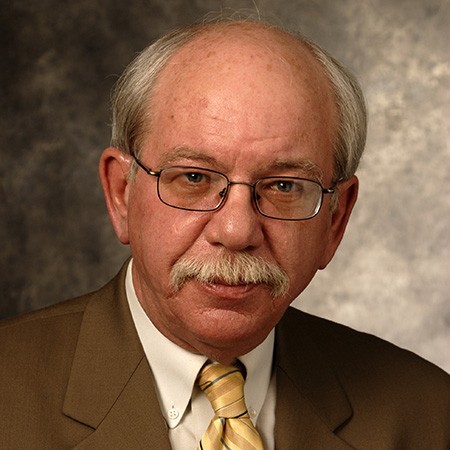 “It’s not about how long you live, but how well you live.”

Martin Luther King Jr.’s quote rang especially true for the life of fellow Civil Rights activist and beloved political science professor Dennis Simon. Simon’s life was celebrated on April 3 in Perkins Chapel by a full congregation. The chapel was filled to the last row with family members, friends, students, and SMU faculty, who were all there to celebrate Simon’s life.

Simon was highly regarded on campus by many former students as an extraordinary professor. Senior, Helen Dunn, who took many classes with Simon for her political science major, is one of those students.

“He had more passion than any professor I’ve ever had and conveyed that passion to his students through humor and wisdom,” Dunn said. “His lectures made you want to come to class and also be passionate about learning political science.”

This passion has impacted and influenced students since 1986 when he arrived at SMU. During those 31 years, Simon received almost every teaching award offered at the University. The awards included the “M” Award, the Willis M. Tate Award, the President’s Associates Award and the Altshuler Distinguished Teaching Professor Award. Simon was also a founding member of SMU’s John Goodwin Tower Center for Political Studies, where he served on the Tower Center Faculty Advisory Board as a senior fellow.

These awards are credited to his energy and enthusiasm in and out of the classroom. Colleague and SMU Economics Professor, Thomas Fomby, was able to see this firsthand.

“He was extremely multifaceted. He was a scholar and servant leader, who participated in academic ceremonies and governance of the university as well as his own research,” Fomby said. “So he was really a multifaceted person with many talents, which is a very rare thing.”

Simon will be remembered as a brilliant scholar and a passionate educator. Simon always said he was most proud of his involvement in guiding both undergraduate and graduate students on SMU’s annual Civil Rights Pilgrimage to historic sites across the South during spring break.

Kim Cobb, director of media relations and MLS student at SMU, worked closely with Simon on her thesis and joined him on the Civil Rights Pilgrimage. The eight-day pilgrimage left Cobb with a lasting impression, especially of what Simon told them as they walked off the bus.

“He told us that the people on this bus know more about American Civil Rights than most people in the United States and now you have a responsibility to get out there and share what you know,” Cobb said. “I think everyone on the trip took this to heart and came away with the same passion and commitment that he shared so generously.”

Simon’s generosity of passion and commitment was on full display at his memorial on Monday at Perkins Chapel.

“The service really captured him and it was beautiful,” Cobb said. “I think it would have embarrassed him with all the crying and speeches, but I think it really caught his spirit and helped his family know just how much the university loved him.”

These speeches included one by SMU President R. Gerald Turner, his daughter, Jenny, his son, Jonathon, and fellow SMU Political Science professor, Joseph Kobylka, whose speech resonated with many at the service.

“I have intellectually grasped the loss of professor Simon, but I haven’t quite emotionally grasped it,” Kobylka said.

Simon led a life that impacted others with his kind heart, fierce mind and brave spirit. Simon’s dedication to civil rights and teaching impacted everyone around him.