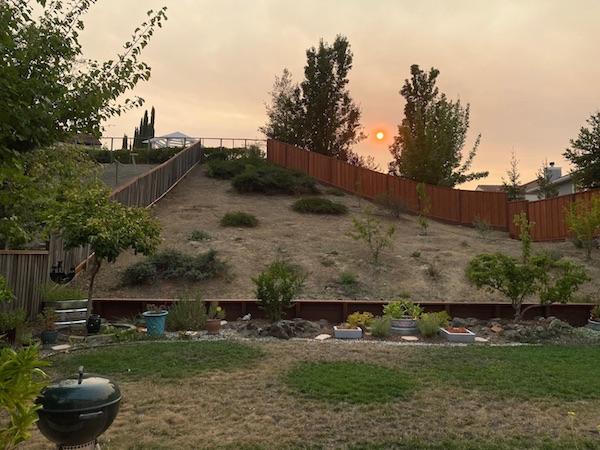 As students on campus are breathing fresh, ash-free air, some students’ minds are elsewhere thinking of the fires burning in their hometowns back in California.

Senior Cassie Ackemann is from a small town in the Santa Cruz Mountains called Ben Lomond. While her daily schedule was full of track practice, class and work in Dallas, her thoughts were filled with fear for her childhood home that was in jeopardy of being destroyed in late August.

“I wasn’t sleeping well which was really hard,” Ackemann said. “I’m not a forgetful person, but I missed a couple meetings and assignments. I just wasn’t there. I was so stressed and anxious about my family and my house.”

Ackemann said she found herself waking up in the early hours of the morning for updates on the fire when California held its press conference. For weeks, she watched every day as the fire moved closer to her home.

With over 4% (3,754,729 acres) of the state’s land burning, 2020 has brought the largest fire season ever for the state of California. There have been thirty-one confirmed deaths as a result of the fires.

Ackemann felt lucky when she found out the large amount of land destroyed by the fire stopped just a quarter mile short of her home.

“You can walk and see where all the fire damage is straight from my backyard,” Ackemann said. “We had all just mentally prepared ourselves for it to burn down. A lot of my friends had their houses completely burned to the ground.”

Another student from California, Audrey McClure, said as a result of the fires, she is becoming more appreciative of her hometown and the memories it gave her.

“It’s very much a part of who I am,” McClure said. “All the memories I have growing up there are a pretty big part of me.”

The junior is from the Danville area, where the fires have not reached this year, however the skies were turned orange and the poor air quality still made it unsafe to be outside. McClure said if she was growing up during this time, her memories of childhood in California would be very different.

While the air quality in the Danville area has returned to safe ranges and Ackemann’s house survived the fire near her home, there are still 21 major fires burning in California and more than 11,500 fire-fighters actively working to contain them. The California government has warned that in past years, the worst of the fires usually take place in September and October.

“There’s still a good amount of fire season left,” McClure said. “It will probably happen again next year, and it might even be worse. Every single year just gets worse and worse.”