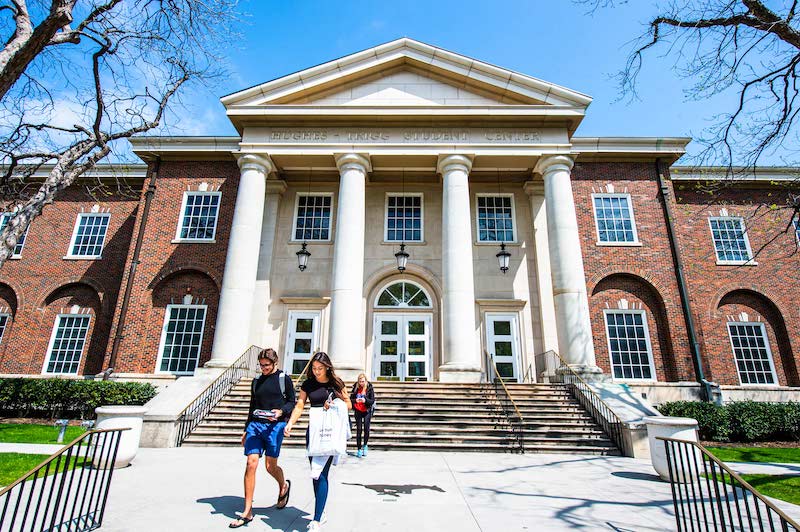 Many Greek organizations at SMU are making changes this year in effort to become more diverse and accepting. The past year’s racial justice protests and Black Lives Matter movement have pushed many organizations, including fraternities and sororities in the Interfraternity Council and the Panhellenic Council to make changes to reflect greater social awareness.

At SMU’s Panhellenic sororities Kappa Alpha Theta and Pi Beta Phi, one such change is the addition of a Chief Diversity, Equity and Inclusion Officer to the executive board. Kappa Alpha Theta will also no longer provide preferential treatment to legacies during recruitment. The sorority, which is historically white, hopes the removal of legacy preference will allow for more diversity.

“We acknowledge that many women are not legacies because their mothers, sisters, grandmothers, and great-grandmothers simply did not have the same access to higher education or the means to join Kappa Alpha Theta,” Kappa Alpha Theta’s Grand Council wrote in an email update on the new policy. “By eliminating preferential treatment for legacies, Theta ensures that PNMs [Potential New Members] are not receiving additional credit for things beyond their control, such as hometown, race, family connections, etc.”

Though many organizations are taking steps in a positive direction, students of color have expressed doubt as to whether these changes will make a difference.

“I understand there is a starting point of course for everything and that is a starting point, but I would say that’s like half of a starting point. It doesn’t really constitute an actual response,” said Matthew Esparza, the Vice President of Finance for Sigma Lambda Beta, a historically Latino Fraternity in the Multicultural Greek Council. “But too often I think people get appointed these positions and that’s just it. There’s no action. They may talk at chapter meetings about diversity, but nothing changes.”

Lexxi Clinton, who serves as president of the Association of Black Students and the historically Black sorority Alpha Kappa Alpha in the National Panhellenic Council, believes that the position is fantastic in theory, but in practice: “garbage.”

She shared her personal experience as a freshman at SMU, saying she was blatantly ignored by the historically white sororities on campus because of the color of her skin.

“The overt party culture within these predominately and historically white organizations tend to turn off a vast majority of students of color,” Esparza said. “Without such organizations committing themselves to looking internally on what their priorities are and if they wish to reevaluate their view on diversity, this negative stigma will likely never change.”

Esparza is still open to the idea of the Panhellenic Council and the Interfraternity Council making changes in an effort to become more diverse. He believes an overall better image of Greek life at SMU would also benefit the Multicultural and National Panhellenic councils, but he doesn’t think change is likely.

The Panhellenic Council cannot dictate what changes sororities make regarding diversity. SMU Panhellenic Council Vice President of Internal Recruitment, Lacey Longo said they ensure anyone interested in recruitment has all the necessary resources needed to sign up and participate. They encourage acceptance and inclusion for all, but it is ultimately up to each chapter who they welcome into membership.

“A lot of chapters have actually now added a diversity and inclusion council member as a part of their exec board,” said Longo. “We are also considering adding that position, but we work hard to build cross-council relationships and educate each other on the subject between our four councils.”

Esparza and Clinton are hopeful, but not optimistic about these upcoming changes. They also both see diversity and inclusion not only as an issue within Greek life, but on the entire SMU campus.