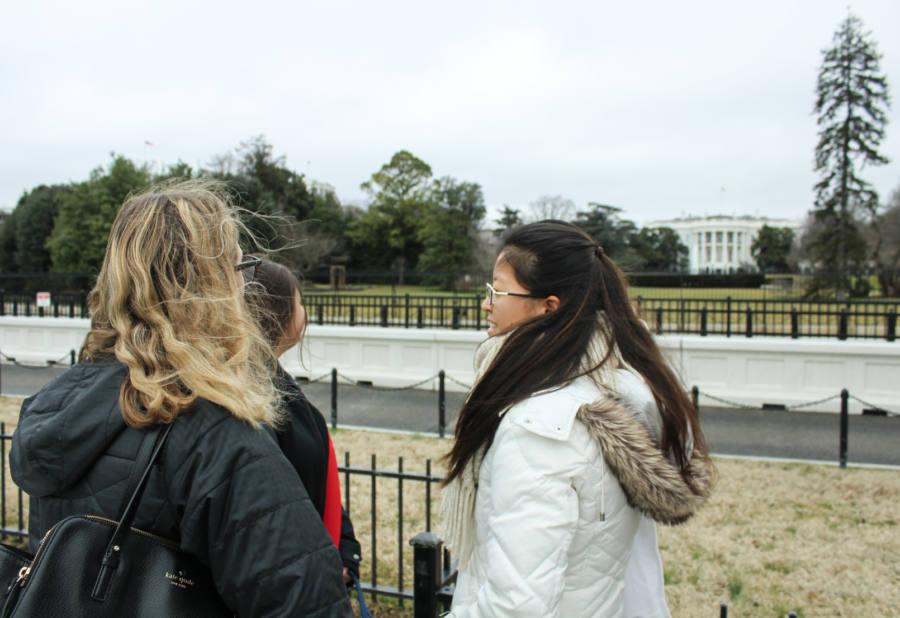 The dreaded question of “Where to?” after college plagues every student as they approach the end of their degrees. With every job listing requiring “previous experience,” life beyond the Boulevard appears boggling to say the least. While SMU students traditionally punch above their weight in the job market, the more boxes one can tick prior to entering, the better. For students in SMU’s highly selective Highland Capital Management, Tower scholars minor in Public Policy and International, chances to ‘tick boxes’ and earn practical skills in the policy world are abundant.

Each cohort, comprised of 10 mixed-major students, is provided an opportunity to travel to Washington D.C. in their junior spring semester and work alongside influential policy makers. The 2020 cohort travelled to DC this week, networking with plenty of high profile professionals as they looked at the changing nature of globalization and the corresponding international trade and cooperation policy current attitudes produce. The group specifically focused on the renegotiations of NAFTA (North American Free Trade Agreement) and the new resulting USMCA (United States, Mexico, Canada Agreement).

“The Washington immersion trip is designed to bring to life the tension between crafting good public policy and the sometimes harsh and unforgiving realities of the political world in which it is crafted,” Highland Capital Management (HCM) Tower Scholar program director, Dr. Victoria Farrar-Myers said.

The group met with elected officials, congressional committees, think tanks, government agencies, NGO’s, and SMU alumni from Sunday through Wednesday. Tackling the policy world front on, and bearing witness to some of the quirky on-ground obstacles often present in policy legislation. The fast-paced four days spent navigating DC’s vast and highly profiled network of institutions and officials alike gave the cohort of eight juniors knowledge that directly translates to the professional world.

“My biggest take away from the trip is that a career in government such as the foreign service is attainable,” HCM Tower Scholar student Genie Dubay said. “It really made me more reassured about my life after college.”

The program’s strong D.C. presence opened the doors to many exciting behind the scenes opportunities in D.C. Showing students their future career options are abundant with a consistent work ethic and a willingness to make roles their own.

“It was really neat to see how the major I study can apply to a future career in policy,” Scholar, Priya Young said in reference to the groups meeting with the Bureau of Public Affairs at the State Department.

While the tip oriented around policy driven discussions the group did get to partake in some unique D.C. experiences with networking events every night and even a luncheon in the members dining room on Capitol Hill.

“I worked on the Hill this summer, but I’ve never gotten to eat there so it was really special for me!” Scholar, Genie Dubay said.

The group focused on the effects of Globalization and International trade, specifically targeting operational policy for the North American Development Bank (NADBank) under the new NAFTA, renamed as USMCA. The group are tasked with redefining the institution’s role on the southern border while acknowledging the current global situation and attitudes surrounds international trade. Talking to various organizations the cohort saw an interesting mix of varying professional opinions on the relevance of international cooperation.

“Through this experience, the HCM Tower Scholars gain a deeper appreciation of the fact that they and their client who they are advising must keep all these perspectives in mind simultaneously in order to successfully navigate the policy making process,” HCM Tower Scholar program director, Dr. Victoria Farrar-Myers said.

Meeting with SMU Grad, ambassador Edward B. O’Donnell at the McCain institute proved a highlight for many of the scholars as they got to utilize the highly interactive decision theater. A circular room fitted with seven large display panels that relay the real time effects of decisions as policy makers manipulate the data.

“The most exciting person I met was definitely ambassador O’Donnell, he’s an SMU Grad, served in the army, and has an incredible story working across the world as a foreign ambassador,” scholar Genie Dubay said. “I’ve always been interested in a carrier in foreign service, and it’s just always been fascinating to me.”

The Tower Scholars Program was established in honor of the late John Tower, former Republican US senator for Texas, and leader of the well-known Tower Commission. The program continues to grow as it enters its fifth year of existence with its primary aim to immerse students in practical situations that enables theoretical translation to real world applicability.

The Tower Scholars program frequently hosts open invitational events on a vast range of policy topics, bringing in many distinguished keynote speakers to better inform the public and facilitate meaningful discourse at a real and practical level.

Be sure to keep an eye out for future events.