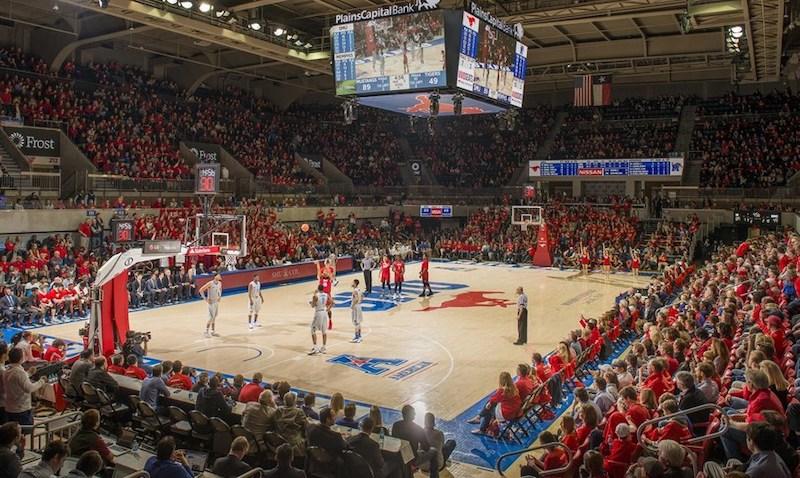 This story will be updated.

Five minutes into the game, #6-ranked Houston led 11-0, yet swarms of SMU students, faculty and children packed into tight sections chanting and cheering at every opportunity to support their team and encourage their victory.

“I saw we were playing a ranked team and I decided to come out and support SMU,” said sophomore Touchi Mbagwu.

Senior Andrew Buckley was also excited to be a part of the action.

“I want to watch the ponies take down number six in the nation,” Buckley said.

Steve James, director of operations for SMU athletics said the team’s competitive schedule and recent success on the court has begun to bring more people into the stadium.

The packed stadium erupted late in the game when senior forward Marcus Weathers made the layup that gave SMU their first lead with only three minutes left on the clock.

During the game’s final few minutes, both teams fought for the lead, but SMU ultimately reigned victorious.

“SMU has done it,” said Mike Corey, ESPN2 play-by-play commentator, “Knocking off Houston, their first conference loss of the season and their third overall.”

Fans stormed the court in excitement as SMU celebrated their 14th straight win at home.

SMU is now 17-5 in the regular season and 8-2 in the American Athletic Conference, putting them only one win behind Houston in their conference ranking.