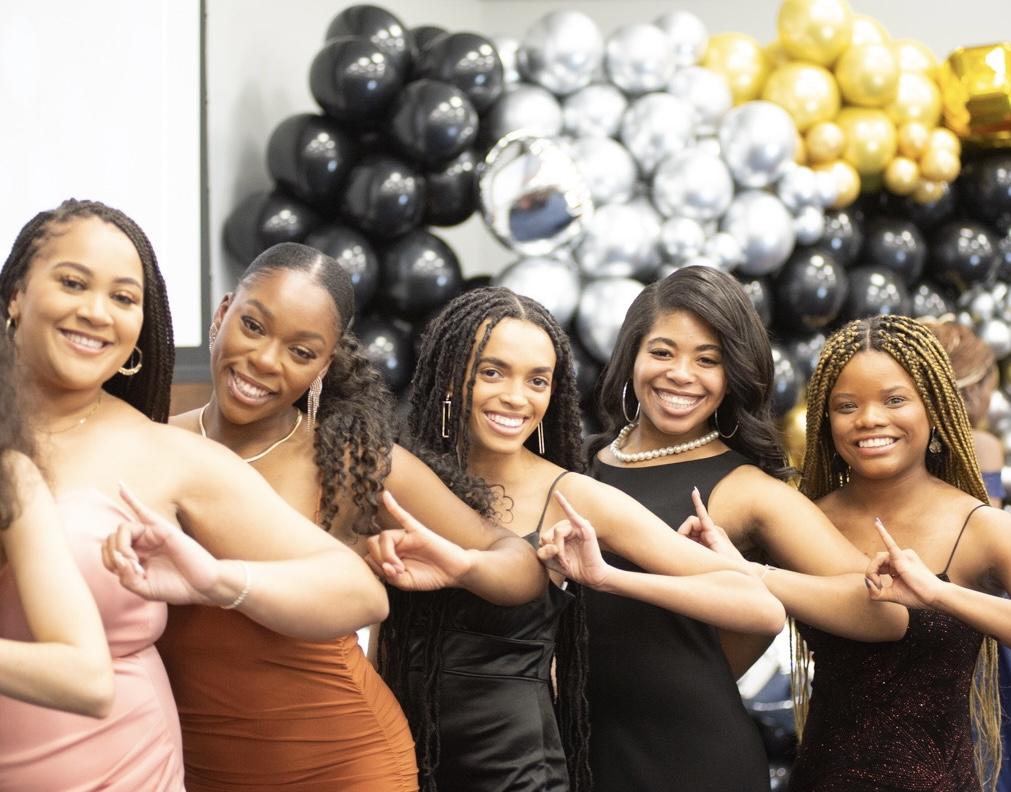 One of the leading voices for social justice in the nation Dr. Marc Lamont Hill is an highly-acclaimed journalist, with multiple prestigious awards from the National Association of Black Journalists, GLAAD, and the International Academy of Digital Arts and Sciences. He currently serves as the Steve Charles Professor of Media, Cities, and Solutions at Temple University. His inspiring words at this year’s Ball earned him a standing ovation.

“Excellence is about understanding that even if the world says that Black men don’t read and Black men ain’t supposed to be poets and Black women aren’t doctors and engineers, they see the possibility. They just don’t want you to see it,” Hill said. “Black excellence is about dreaming the dream for yourself.”

After last year’s COVID-19 outbreak forced ABS into throwing a small, intimate award ceremony in 2021, this year’s Black Excellence Ball was all-out. Featuring a three-course dinner, a vocal performance by junior Crystal Tigney, and a breathtaking performance by dance majors Kyndall Johnson and Christina Jones, this event was beautiful in every sense of the word. 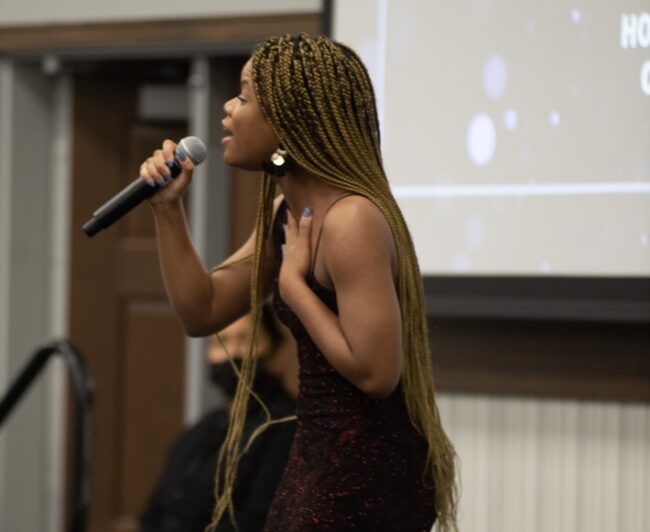 This year’s event focused on celebrating collective Black excellence, recognizing students whose leadership and accomplishments contributed to advancing the Black community as a whole at SMU.

The Ball also placed heavy emphasis on the future of the Black community and how Black individuals at SMU will continue to grow beyond the merit and service they have already accomplished.

“There will be haters, but you gotta shake them off,” Hill urged. “Be willing to pursue a vision of excellence that embodies not just the ability to deny those who say you can’t, but an inclusive vision that says ‘I’m gonna open this door for myself, and I believe enough in my community to bring others with me.’ ”

After the awards and scholarships were handed out, the Ball concluded with powerful words from Jade Mathis, the former Assistant State’s Attorney in George’s County Maryland and program ambassador for the National Institutes of Health’s All of Us Research Program, which studies how lifestyle and environment impact health. Mathis has recently surfaced as one of the nation’s leading mental health advocates.

Jennifer “JJ” Jones Unsung Hero Award
Recipient: Aiden Egbuchunam, Class of 2023
This award recognizes an individual who has selflessly served and contributed to the SMU community.

Anga Sanders Community Impact Award
Recipient: Bri Tollie, Class of 2022
This award is designed to honor an individual who has consistently demonstrated care for others through activism on campus and in the local community.

This year, the Anga Sanders Award was special in that Anga Sanders herself was able to attend the event in-person and present Tollie the award.

David S. Huntley Leadership Award
Recipient: Kennedy Coleman, Class of 2023
This award is designed to honor a member of the SMU community who has consistently demonstrated the ability to go above and beyond through their leadership on campus.

Jerry Levias Outstanding Athlete Award
Recipient: Madison Savoy, Class of 2024, Women’s Track and Field
This award is designed to honor an African-American student athlete who exemplifies excellence on and off the field.