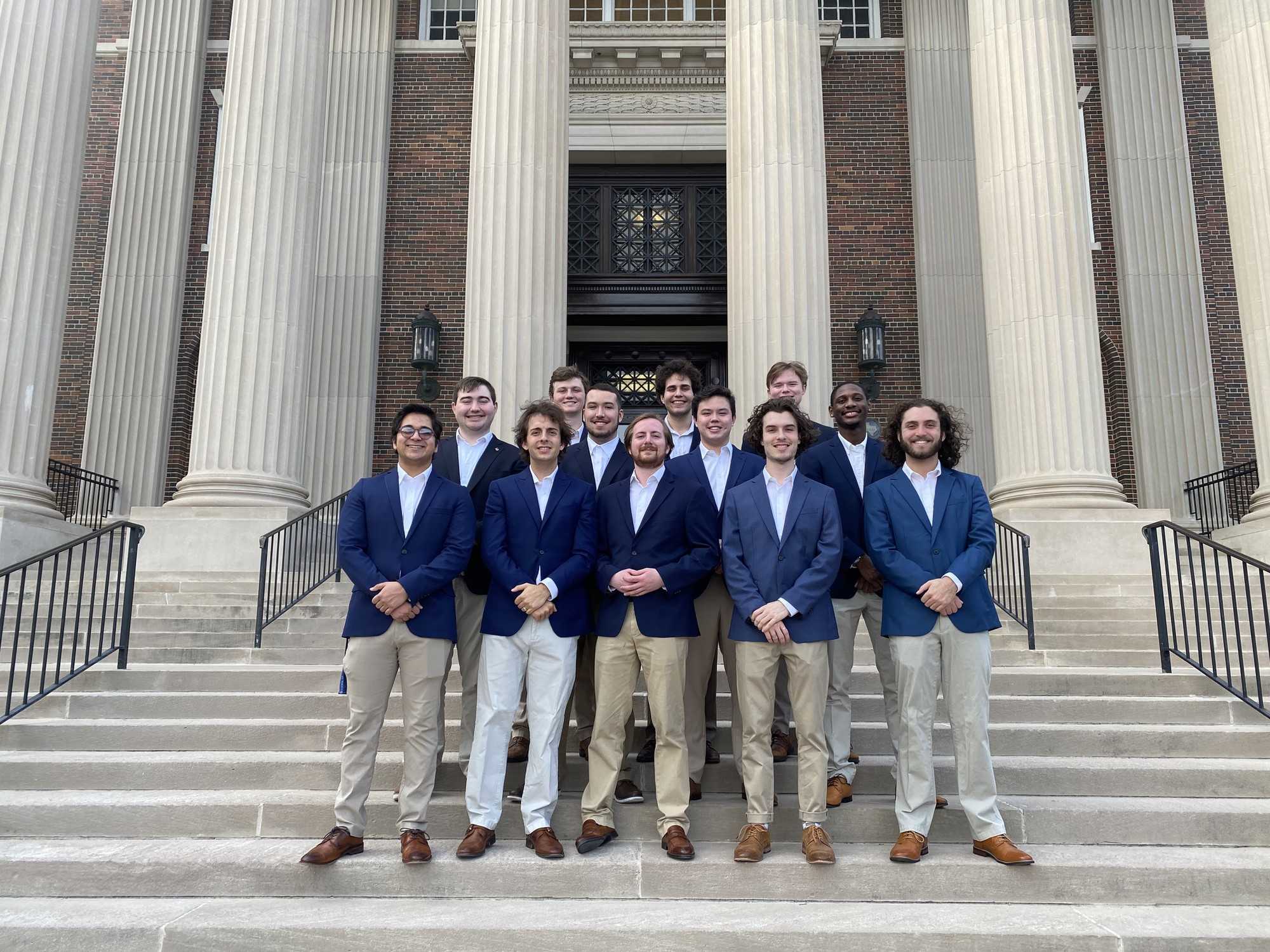 Southern Gentleman, or “SoGents,” SMU’s all-male and “most handsome” a cappella group was founded around 15 years ago as a Methodist church choir.

Since then, the group has moved away from church performances to performing at beloved on-campus events such as Celebration of Lights and Art After Dark. However, their recent successes has not come without struggles.

“We hit a bit of a lull after the pandemic,” said junior Shae McMeans, the current president of SoGents. “It was really tough because we didn’t get to rehearse together in person. At one point, it was just five guys in the zoom room trying to learn some music without any foreseeable future when we were going to perform.”

Despite these challenges, SoGents made it to September 2021 when they were finally able to rehearse together again.

“We haven’t looked back and we’ve made incredible progress,” said junior Jonathan Ciccone, a second-year member of SoGents.

The group is continuing to book performances, but SoGents’ latest project that has the group the most excited is their 10-track album set to be released on Spotify later this year.

“Our guys are working super hard to build up a repertoire to get ready for the album,” Ciccone shared. “Most, if not all, of the songs we record will be new.”

Beyond Spotify and their upcoming album, the group also hopes to eventually take their performances to large public stages like Mavericks or Cowboys games.

In our conversations, the SoGents members had nothing but good things to say about the group, but they did share their feelings regarding the outdated stigma surrounding men in the arts.

“Singing together as guys is something that’s not always the most normal or can sometimes be frowned upon,” said sophomore Gavin Hill. “But the stigma is pretty dumb. It’s rooted in a lot of toxic masculinity.”

McMeans also shared that he’s caught his fair share of flack for being in SoGents, but that doesn’t stop him from continuing to sing.

“If it’s something you really like to do, no amount of prejudice or stereotypes will keep you from doing that,” shared McMeans. “None of these guys here are any less masculine because they like to sing.”

“We don’t need other people’s approval, really. It’s stuff like this [SoGents] that changes the narrative,” finished Hill.

With stigma pushed aside, the SoGents members shared that they are always looking to welcome new members of all backgrounds and experiences.

“We’re not just music majors,” shared freshman Caleb Gould, one of SoGents newest members. “We’re all over the place with business, engineering, all that kind of stuff. We’re a lot more relatable than just music,” Gould joked.

“We’re a really tight-knit group of guys and we love making music together. It’s a really great way to be able to come together and take a few hours of our week to relax and make music,” Ciccone shared.

“SoGents is a group of guys that’s been there for me through thick and thin,” said McMeans. “We’re just guys who want to come together and have a fun time.”