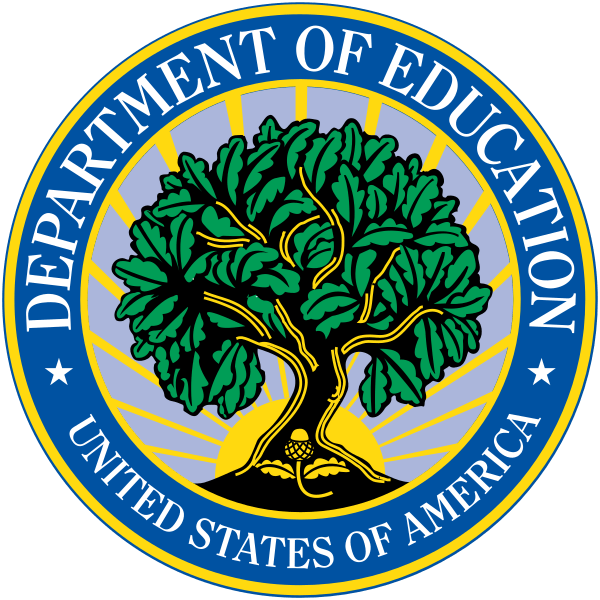 The SMU Daily Campus asked our Title IX Coordinator, Samantha Thomas, about SMU’s perspective on the Department of Education’s potential changes to Title IX. Thomas sent the Daily Campus documents submitted to the the Department of Education by the Independent Colleges and Universities of Texas (ICUT). ICUT is comprised of 49 independent colleges in Texas, including SMU. ICUT, along with many other partnerships and organizations like the National Collegiate Athletic Association, also signed onto a letter submitted by the American Council on Education (ACE) to the Department.

The Department of Education officially filed its NPRM on Nov. 29, 2018. So, any mention of “NPRM” below refers to the proposed Title IX changes.

“If adopted as written, the proposed regulations will result in certain substantive and procedural changes in SMU’s Title IX policy and procedures, as with most universities across the country,” SMU’s Title IX Coordinator, Samantha Thomas, said. “However, the Department of Education has received over 100,000 comments on the proposed regulations that will be reviewed by the Department to determine if the regulations should be modified, so the final regulations could vary significantly from the current version.”

Both ICUT’s and ACE’s documents stated the proposed changes to Title IX will force educational institutions to function as courts of law. ACE quoted Gomes v. University of Maine System in the opening of its letter: “A university is not a court of law, and it is neither practical nor desirable it be one.” ICUT’s document quoted University of Texas Medical School v. Than to reinforce the same idea.

This is the main concern both documents present: it is infeasible to adjudicate Title IX complaints to the extent NPRM proposes.

Both ICUT and ACE objected to live hearings and cross-examination. Live hearings would include direct cross-examination by the parties’ advisers. ACE wrote, “Such an approach–which will subject students to highly contentious, hostile, emotionally draining direct examination–has obvious drawbacks.” The process may intimidate the parties involved, and there’s also a “risk that examination will retraumatize those survivors who are willing to pursue a formal complaint and may actually discourage some survivors from reporting these incidents in the first place.”

ACE wrote the final rule should allow institutions to use a process where parties submit questions and follow-up questions, and respond to decisions in writing. This suggested process is similar to NPRM’s allowance for written questions in a K-12 setting. ACE also pointed out that at some community colleges, high school students make up 20-30 percent of the student body, so there needs to be some latitude to accommodate high school-aged students at community colleges. ICUT pointed out organizing around busy students’ schedules for a live hearing would be difficult.

ACE wrote,”NPRM expects campus officials overseeing disciplinary hearings to assume the role of a skilled trial judge.” NPRM seems to expect even more from these supervising campus officials than a trial judge, because campus decision-makers have to give explanations on the spot for any decision to exclude a question or evidence. This is something not even judges are required to do in a court of law. ICUT objected to this requirement in its letter.

Decision-makers have to give explanations on the spot for any decision to exclude a question or evidence. This is something not even trial judges are required to do.

ACE also pointed out universities don’t have the power to subpoena, so they can’t guarantee compliance of all witnesses. Furthermore, the statement by a party or a witness is thrown out if they refuse to answer questions during the live hearing. ACE expects “extraordinarily aggressive posturing and questioning” by attorneys, emotionally invested parents, and advisers. All this will intimidate the individual being questioned.

ACE forecasts that Title IX proceedings could carry on over semesters or through years, which means parties or witnesses could graduate or leave before their respective proceedings are done.

Under the umbrella of legalistic terminology concerns, here are some of the changes ACE suggested:

–Taking out the word “due process” since that has specific legal requirements and connotations
-put restrictions on the evidence parties have the right to inspect (NPRM says parties have the right to inspect “any evidence…directly related,” but doesn’t explicitly protect or redact sensitive information like medical documents.)
-Standard of evidence: ACE said NPRM seems to offer a choice between a “preponderance of evidence” or “clear and convincing evidence,” the latter the higher standard of proof. But if an institution chooses “a preponderance of evidence,” it has to use it in all other campus proceedings that have the same disciplinary penalty. That means a Title IX standard may dictate non-Title IX disciplinary processes, such as with academic dishonesty. ACE recommended, “The Department should not micromanage campus disciplinary proceedings, nor should it mandate a one-size fits-all federal standard.”

That means a Title IX standard may dictate non-Title IX disciplinary processes, such as with academic dishonesty.

Schools, including SMU, believe the proposed Title IX changes are very costly. ACE wrote, “And, sadly, externally imposed increases in the cost of doing business are almost always passed onto the final consumers. In the case of higher education, of course, that means students and their families.” Ultimately, colleges and universities may raise tuition in order to cover the anticipated costs.

Ultimately, colleges and universities may raise tuition in order to cover the anticipated costs.

ACE wrote that no matter how hard institutions try to create a fair process, institutions can expect legal action from both Title IX complainants and respondents regarding decisions made during cross-examination, the adequacy of advisors, and the definition of “a program or activity” (since Title IX complaints must pertain to a school program or activity) among other issues.

ACE estimates most colleges and universities don’t have a dedicated general counsel on staff, and that experts will have to be hired in order to carry out NPRM changes. This will cost a lot of money, which might result in a tuition raise.

ICUT speculated the participation of a school’s counsel for Title IX proceedings would “likely lead to inequities between students who can and cannot afford top-shelf legal representation” when student parties bring in advisers for live hearings.

ACE also points out the Department of Education estimated its proposed changes will result in savings over 10 years because there would be fewer Title IX investigations. ACE wrote, “We are deeply concerned that this drop could reflect the unwillingness of survivors to file a formal complaint and proceed under the NPRM’s formal Title IX grievance procedures.”

ACE wrote, “We are deeply concerned that this drop could reflect the unwillingness of survivors to file a formal complaint and proceed under the NPRM’s formal Title IX grievance procedures.”

ACE wrote, “A legalistic prescriptive ‘one-size-fits-all’ judicial-like process will not work well on a college campus.” ICUT wrote if the one-size-fits-all approach materially improved the way schools handle Title IX cases, the increased cost for litigation might be worth it.

Overall, this “one-size-fits-all” idea was a concern for both ACE and ICUT. Smaller universities and under-resourced universities don’t have the same ability and level of access to adjudicate Title IX formal complaints to the extent NPRM requires. So, the proposed changes may disproportionately affect under-resourced and smaller schools.

So, the proposed changes may disproportionately affect under-resourced and smaller schools.

NPRM also appears to infringe upon colleges’ autonomy to act. Any action regarding Title IX has to start with a formal complaint, but that doesn’t allow schools to act on reports. So, telling a school official about sexual misconduct won’t be enough for the school to do anything, which would discount students’ communications with and warnings to administration. ACE recommended the final rule explicitly allows institutions to respond to reports of sexual harassment even if no formal complaint is made.

ACE points out schools need to act on off-campus reports too, which are not eligible for a formal Title IX complaint under NPRM. ACE feels institutions should be able to address sexual misconduct allegations that fall outside of NPRM’s boundaries, such as at an off-campus fraternity house unrecognized by the school or on a study-abroad program.

It is important to note that NPRM doesn’t just pertain to students; it pertains to employees too. This opens up a host of questions in regard to Title VII, human resources, collective bargaining agreements and compliance with the National Labor Relations Act, as well as institutions’ agreements with faculty. ACE recommended the Department should clarify that its procedures solely apply to alleged sexual harassment cases by student-respondents and not employee-respondents.

ACE recommended the Department should clarify its procedures solely apply to alleged sexual harassment cases by student-respondents and not employee-respondents.

The American Council on Education also included comments on how DeVos’ proposed changes may help institutions address sexual harassment. ACE wrote the following:
-NPRM would provide survivors more flexibility as to how they want to proceed.
-NPRM allows institutions to remove a respondent from campus immediately if they are seen as a health or safety threat.
-NPRM removes “the arbitrary and inflexible ’60-day rule'”
-“NPRM requires an objective evaluation of evidence”
-Both parties have a “reasonable” amount of time to prepare for interviews and hearings.
-Decisions can be appealed
-“‘actual knowledge’ language makes clear the circumstances under which Title IX requires institutions to take action”
-the Department defined what it will consider to be sexual harassment in regard to Title IX

“It is important to note that any changes in regulations will not affect SMU’s commitment to prevent and end sexual misconduct,” Thomas said. “SMU will continue to maintain a supportive environment that encourages students to immediately come forward to report offenses and seek help. We will continue to provide support to victims, hold violators accountable and treat students fairly.”

“It is important to note that any changes in regulations will not affect SMU’s commitment to prevent and end sexual misconduct.”

IN CASE OF SEXUAL ASSAULT

Please know that you are not alone and that resources can help.