Silver is a pioneer in the new field of data journalism. He is the founder and editor in chief of FiveThirtyEight.com. Silver is most famous for his accurate of the election results in both the 2008 and 2012 presidential elections. He has also used data analysis to make predictions in sports.

During his lecture, Silver emphasized the importance of acknowledging your biases.

“The more you are aware of your biases, the more you will be less biased,” he said.

However, biases become much more important in the area of politics.

“We approach politics with not just different ideas, but sometimes even different sets of facts,” Silver said.

According to Silver, only about 5 percent of FOX’s viewing audience is Democratic, while 1 percent of MSNBC’s audience is Republican. This shows that people tend to seek out news sources that are most similar to their ideologies.

To demonstrate what Silver calls “The Colbert Report Effect,” he showed a graph of the spike in Google searches for his name for seven hours after his appearance on the show. “Nate Silver” was Googled even more than “Joe Biden” inside the United States in that time frame. Silver then added a graph of searches for “Justin Bieber,” which was consistently Googled more than both “Joe Biden” and “Nate Silver.”

Throughout the lecture, Silver also stressed the importance of relying on facts first, and gut feelings or instincts second.

“We are a bit too hardwired to find connections and causations,” he said. “A lot of the time, we perceive patterns that don’t actually exist.”

According to Silver, second-guessing yourself can help you be more accurate in the long run.

“Getting uncertainty right is the real key,” he said.

“It’s really interesting, because he’s [Silver] is well-known for his predictions and his modeling is still pretty solid,” Folz said. “A lot of the time a model falls apart in a couple years, but his models are still being used.”

Additionally, next year’s Tate Lecture Series schedule was announced at the event. The speaker lineup and ticket purchasing is available at smu.edu/tateseries.

Posted on May 5th, 2015 by Lauren Aguirre
ShareTweetShare on Google+Pin on PinterestSend with WhatsApp
4 recommended

Voting 101: an SMU Professor’s Guide to Preparing for the Ballot 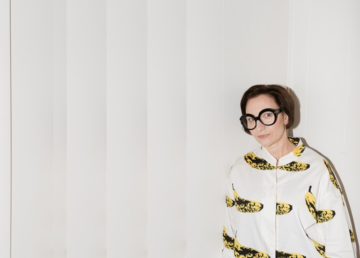 The average college student spends three hours a day on social media according to a Review 42 article. However, most students often don’t take even one minute to learn about their professors' background. If they did, they would learn about educators like Jenny... END_OF_DOCUMENT_TOKEN_TO_BE_REPLACED

Instead of buying bundles of channels packaged by TV providers, consumers have a variety of streaming services to subscribe to. This has created a new problem for consumers, which should they choose? END_OF_DOCUMENT_TOKEN_TO_BE_REPLACED