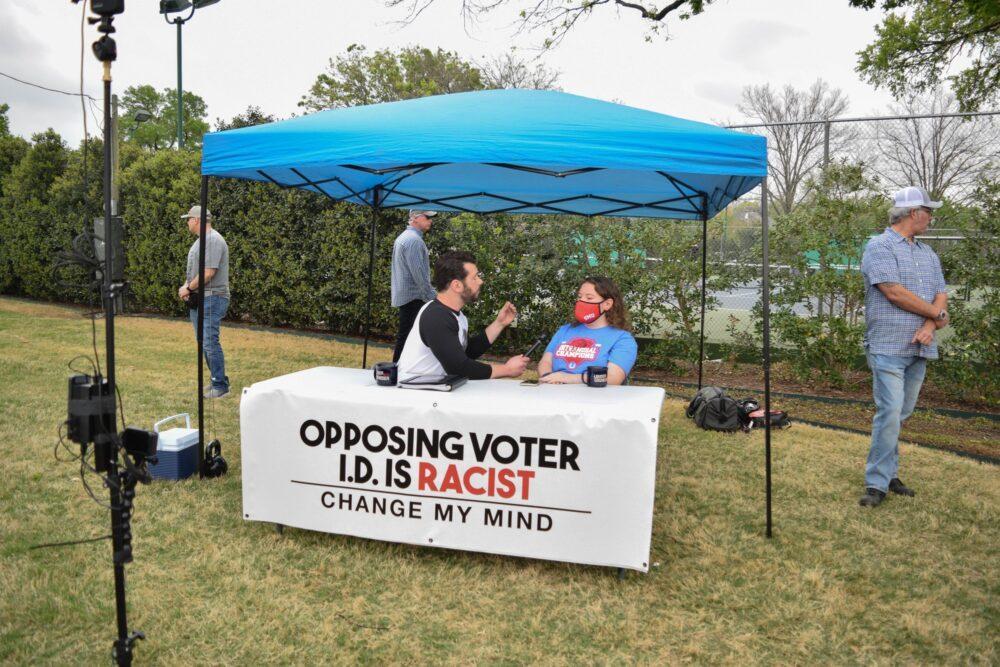 Despite not being able to hear the discussions, a large crowd gathered to observe the event. The topics included “Opposing voter I.D. is racist” and “Common sense gun control is nonsense.”

Crowder announced he was coming to campus Friday morning. While he initially set up on campus, Crowder relocated to Burleson park, which is located right off campus near Greek housing. He remained there for three hours while filming.

This is not Crowder’s first time on campus. He filmed “Change My Mind” at SMU in 2017 and performed a sold-out show, “Louder with Crowder,” in 2018.