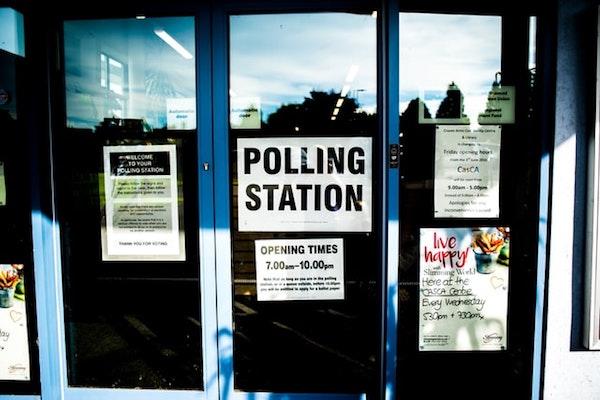 Editor’s note: This story was updated Oct. 22 with a correction.

A petition urging President Turner and university administration to excuse absences for students working the polls on election day was approved by the faculty senate Sept. 21. The petition, written by freshman Griffin Vail, comes in response to a national shortage of poll workers during the COVID-19 pandemic.

Historically, most poll workers have been over 60 years old, but many will not be returning to work this year due to the high risk of serious illness for their age group. State and local officials are now calling upon young people to fill this shortage.

“It’s our turn to step up,” Vail said. “I think this is a great beginner level opportunity to go out and serve the Dallas area or serve in your hometown.”

Although he has always been passionate about politics, this election is particularly important to Vail. Hearing about the Black Lives Matter movement and stories of Black Americans gave him a new appreciation of his role in the political process.

“My vote is not just a vote for myself but a vote for everyone who wants to turn this country around,” Vail said. “I truly believe that we are choosing the path that we would like to take in this election and it is very consequential.”

Freshman Annsley Martin echoes Vail’s sentiments about the importance of engaging in the upcoming election.

“Since this is my first year eligible to vote, I wanted to be a part of it more than just someone who’s voting,” Martin said. “I want to make sure that anyone that can vote should be able to vote.”

Although students are less likely than older age groups to develop severe symptoms from COVID-19, interacting with a large number of people still presents a risk for contracting or spreading the disease.

The Texas Secretary of State has suggested a number of precautions including screening, social distancing and sanitization measures in an election advisory sent to local election administrations.

“I think our responsibility to our country, to making sure that everybody has an opportunity to vote, and to making sure that polling sites aren’t shut down because there’s nobody to work there is more important than and overrules whatever risk I’m taking by going and working there,” freshman Tryg Aanenson said.

Election workers are required to commit a minimum of 12 hours on election day, which would require student poll workers to be absent from their classes on Nov. 3. In response, the administration designated poll working as a university-wide excused absence, a title typically reserved for athletic, co-curricular, or extracurricular events where students represent the university.

“It was a pretty straightforward, noncontroversial request,” Dr. Sheri Kunovich, Associate Provost for Student Academic Engagement and Success, said. “We all as a university support students’ political engagement and voting.”

With a research background in political engagement and political leadership, Kunovich is excited about students wanting to work the polls. She believes engagement is a more time-intensive part of the political process that shows a trend towards increased student engagement in politics and government.

“I have always seen political activism on campus, but this time it feels like it is more than just a single act and that people are interested in doing more than just voting on one day,” Kunovich said. “Will this be sustained? Yes, I’m just a big believer that once you’ve put that much energy into learning about something, it’s easier the next time—it’s addictive.”