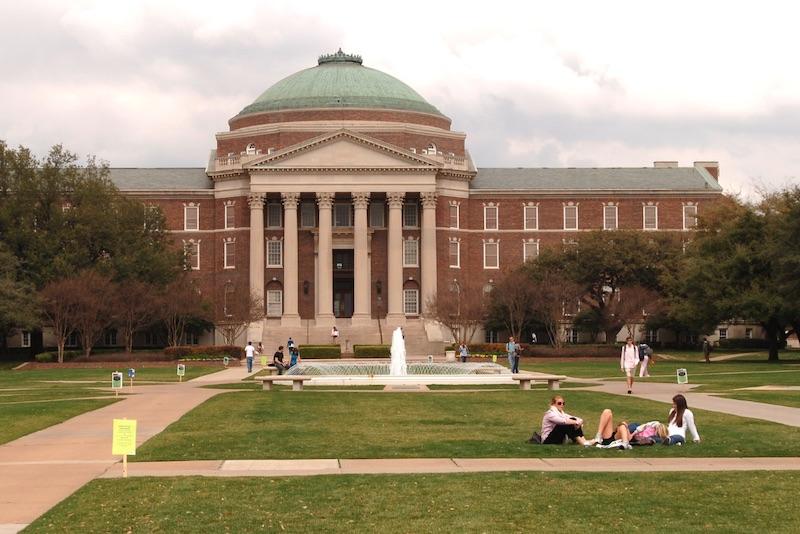 “During the Title IX process, I felt silenced by the university,” Davis said. “It [S-106-07] will create an ad hoc committee comprised of students to ensure that SMU’s policies are up to date and are meeting the dynamic and ever-changing needs of its students.”

Title IX, which prevents sexual discrimination of those in federally funded education programs or institutions, applies to survivors of sexual assault. Student Body Vice President Molly Patrick believes that adding student voices to the Title IX process will help to ensure that fair justice is given to the students who deserve it.

“If Title IX is an entity that exists to protect students, then shouldn’t students be a part of the process?” Patrick said. “Student opinion is involved in a plethora of other institutions or administrative conversations across this campus, and we knew that the Title IX system at SMU was lacking this.”

SMU has a history of mishandling cases of sexual misconduct on campus. The U.S. Department of Education found SMU in violation of Title IX in 2014 for its “failure to respond promptly and equitably to complaints of sexual assault of a male student by another male student and of subsequent retaliatory harassment from other students,” according to a Department of Education press release. SMU publicly committed to bolstering its response to sexual assault, but Davis claims the handling of his case suggests otherwise.

“Not only did the Title IX Office not handle my case all summer long because of a staffing change, they took longer than their deadline to come up with a decision,” Davis said. “Perhaps worst of all, RLSH still expected me to live in the same building and work with the person who assaulted me.”

The apparent negligence displayed in Davis’ case is not unique to the former RA’s experience with the Title IX Office.

“I started talking to people I know, and I learned that other people went through situations where they felt like they lacked so many resources on this topic, and that the administration didn’t really care about them,” Davis said. “They felt like the way they were being treated just wasn’t right.”

Multiple survivors of sexual assault at SMU expressed their frustration with the university’s handling of their cases in the online photography project smuix.com. The website mirrors that of the Office of Institutional Access and Equity, but instead shows photographs of the survivors in their rooms.

“This is reality,” Davis said. “This is what happens on our campus all the time. Assailants are not hiding in bushes at night waiting to jump out. They’re sitting next to you in your classes, they’re at the parties you’re at, and they live in the buildings you live in. The threat is real and it’s right next to us every day.”

When asked about the new legislation, Executive Director of the Institutional Access and Equity Office and Title IX Coordinator, Samantha Thomas, said over email, “I always welcome recommendations on how to improve our policies and procedures.”

Thomas said she looks forward to working with Student Senate to review the Title IX Harassment Policy. S-106-07 cannot decrease the immediate danger of assault on campus, but it provides an opportunity for students build more effective resources for the SMU community.