Students ‘bugged out’ by campus dining

SMU sent out a campus-wide email on Friday, April 1 saying Umphrey Lee dining hall would be closed that weekend “for maintenance.” The email did not specify that the maintenance would be pest control, which, according to Student Senate, was scheduled after numerous student reports of cockroach sightings, some of them captured on video and posted on social media.

Journalism major Gianni Windahl says she saw a roach crawling up the wall in front of her after exiting a bathroom stall in the dining hall last semester.

“It really grossed me out,” she said. “Not just because it was a roach, but because it was in a food establishment. It makes me wonder where else they might be in the building.”

Windahl says her experience is not out of the ordinary. She mentioned anonymous social media app Yik Yak as an outlet for students to express their frustration.

“You hear people talking about it all the time,” she said.

Two videos from March made their way around campus after students caught bugs on camera in Umph. One depicted a roach on an uncooked pizza, and another, filmed on March 15, showed a roach near the cooked pizzas.

Alexis Maloney, a member of Student Senate, said the organization reported the sightings to Facilities after concerns were brought up by a first-year student responsible for taking one of the videos. The junior says that it was these concerns that led to the dining hall’s closure for a weekend.

“There was previously an issue caused by a water leak which was swiftly resolved when follow-up treatment was administered to the facility over a weekend,” said David Ter Kuile, senior director of dining services, in an email.

While Ter Kuile did not say the closure had any relation to pest sightings, water leaks have been known to attract insects.

Article 6.07 of the University Park Code of Ordinances requires that all food services establishments within the confines of the city be permitted by the city secretary. While SMU falls within this jurisdiction, inspections of food service establishments are contracted out to the Dallas County Environmental Health Division. By law, eating establishments must undergo two inspections a year, though there may be more if there is cause for concern.

According to Dallas County Health Department records, Umph sprayed for bugs at least three times in the past 13 months, prior to inspections. No other records for SMU dining mention pest control work, except for Einstein Bros. Bagels, once, in October. A Sept. 24 inspection of Arnold found cross-contamination of foods as well as “evidence of insect contamination.” Both, according to the report, require immediate corrective action.

Facilities calls the pest control regular and procedural. “We have Terminex come every single day,” said Kia Zaman, the office administrator for facilities. “This has been business as usual, and if there are concerns, they have not been brought up with us. Dining does have a big impact on where bugs will be.”

Christine Green, the city secretary for University Park, said she was unaware of any health and safety issues regarding campus dining. She mentioned Lovers Egg Roll on Mockingbird Lane as a restaurant that has had repeated violations, and even a closure in December. “If a restaurant does not pass inspection, it will be closed, like Lovers Egg Roll. SMU has passed all inspections, as far as I know.”

The Dallas County health inspector, Rudy Phillips, could not be reached for comment.

SMU has contracted out its food services to Aramark since 1995, and according to notes from Student Senate meetings, is not up for renewal until 2020. Aramark, which is known for providing food services to schools as well as prisons, has come under fire in other states in recent years. Aramark was sued in 2015 after 200 became ill from eating a chicken taco meal at the Kent County Correctional Facility in Michigan. In 2014, the Michigan Department of Corrections fined the company for repeatedly running out of food, as well as other breaches of contract.

In response, Ter Kuile, who is an Aramark employee, said: “Our goal at SMU Dining is to always provide students, faculty and staff members with services of the highest quality.”

Another outlet for students to post their concerns has been the Twitter account HungryMustangs (@hungrymustangs), which anonymously posts complaints regarding all aspects of dining on campus. Concerns include bugs, but also food quality and dining hours.

Posted on June 8th, 2016 by Guest Column
ShareTweetShare on Google+Pin on PinterestSend with WhatsApp
4 recommended

Eataly is coming to Dallas! 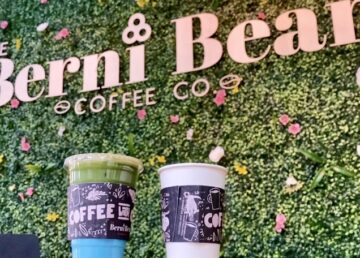 Up for business and opened less than a month ago, The Berni Bean Coffee shop provides a new quiet, comfortable environment for local Dallas residents and SMU students. END_OF_DOCUMENT_TOKEN_TO_BE_REPLACED 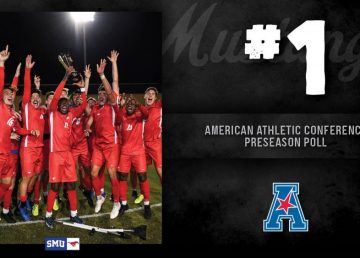 After winning a third straight conference championship and reaching the Elite Eight for the first time since 2010, the SMU men’s soccer team is revving up for another deep postseason run in 2021. END_OF_DOCUMENT_TOKEN_TO_BE_REPLACED