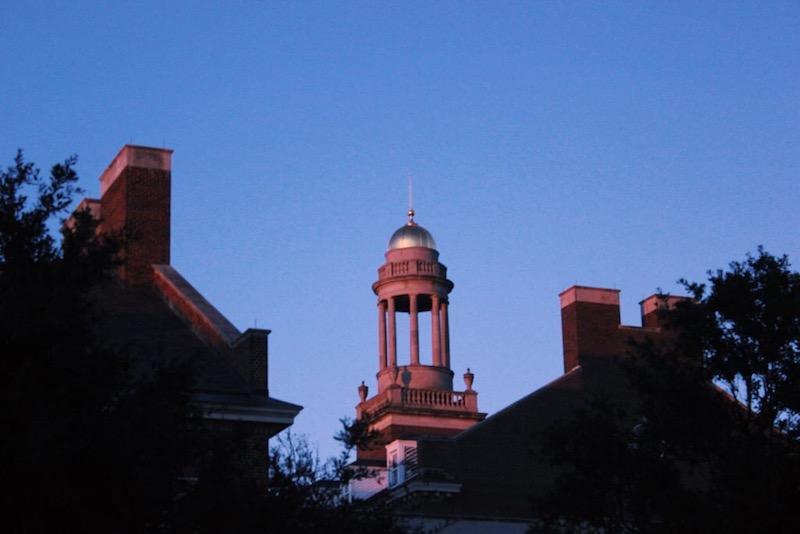 All SMU community members traveling internationally were asked to return home and self-quarantine for 14 days in an announcement made by the University on Monday. Despite the recommendations, some SMU students are making the decision to remain abroad at their own risk.

Sadiya Patel, a senior Human Rights major, has been enjoying her trip with the School for International Training (SIT), a third party study abroad organization that lets her spend a semester studying Sustainable Development and Social Change in Jaipur, India.

Patel has had the opportunity to learn from grassroots organizations and nongovernmental organizations (NGOs) who have been working in Jaipur to advance human rights and make a difference in local communities.

“It’s been remarkable learning from diverse marginalized communities,” Patel said. “I’m learning so much and I’m so thankful for the privilege to be here.”

Then she received an email late Sunday night from SMU.

“I had no idea what was going on,” she said. The email notified her that the provider, SIT, was going to be “notified of the University’s intent to withdraw all SMU students, and to make arrangements for continuation of course work where possible in a distance-learning capacity.”

She decided to meet with her academic director first thing in the morning to figure out her next steps.

While SIT did offer Patel the ability to finish her courses online, the program in Jaipur would continue. In an email, SIT told Patel it is “committed to supporting you so that you can successfully complete the program while minimizing risks.”

“I think I’ll probably end up staying, to be honest,” she said.

None of the other students in her program had been given instructions from their schools to leave.

“There is more [coronavirus] danger in the US at the moment then there is in India,” Patel said. “Traveling and going to international airports when everyone is trying to get out might be even more dangerous than staying here.”

SMU informed her that if she were to return, quarantine at the airport would be a possibility.

For Patel, coronavirus (COVID-19) is not at the top of her list of safety concerns in India. India has been in the middle of a growing religious conflict that has resulted in mob violence across the country. Hindu mobs targeting Muslim communities in cities like the capital, Dehli, has resulted in demonstrations and violence all over the country.

“If they had contacted me about the violence, then I think I would understand their concerns,” said Patel.

As a visibly Muslim woman, she says she has been on the receiving end of a lot of xenophobia. “I’m not allowed to wear my niqab in malls and stuff, so that part has been painful,” she said.

According to Patel, SMU officials have not reached out about the violence breaking out in India.

Miles Beattie, a junior studying Psychology abroad in Amsterdam, would also be the only student to leave his program with the Institute for the International Education of Students (IES). He says that he is the first and only student in his program to be recommended to return to the US.

SMU told Beattie to return home and complete his courses remotely. However, IES said that a return home would result in W’s and incomplete’s on his transcript. Beattie said IES had not been informed of SMU’s decision and only found out through his inquiry.

Isabelle Galko, a sophomore majoring in Environmental Science, is studying abroad in New Zealand. She was contacted a few days ago by the University requesting everyone who is abroad to return home.

However, Galko is doing everything in her power to stay in New Zealand and has been in touch with SMU and the director of her program.

“A big problem is that SMU is putting the responsibility of getting plane tickets back home on the families and classes just started [in New Zealand] yesterday so academic credit for this semester is a big concern,” Galko said.

New Zealand is currently at a level one travel advisory, which is a lower level than the United States. Like Patel, Galko states that she feels safer in New Zealand as opposed to flying back to the US and potentially being quarantined upon arrival.

“I think right now if I sign a waiver, I can stay and [SMU] wouldn’t be responsible if I got sick or if the United States or New Zealand closed their borders,” she said.

For many SMU students studying internationally, it is still unclear what their academic and financial situations would look like should they choose to cancel their trips immediately and return home.